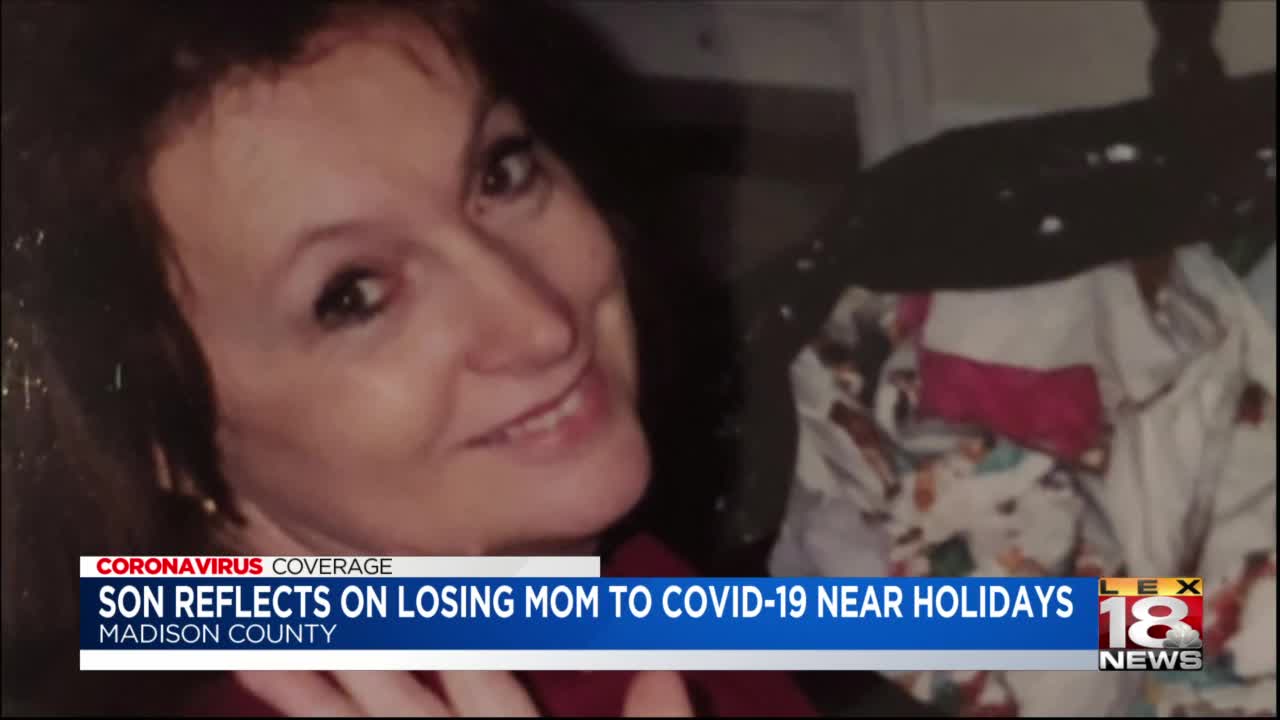 BEREA, Ky. (LEX 18) — The ‘holiday season’ is a time many look forward to every year, but Keith Taylor said this year he wishes time would stand still.

“I kinda wish it was a year away,” said Taylor, who works as a publisher at the Berea Citizen.

On October 5, Taylor’s 68-year-old mother Donna Reed passed away after a month-long battle with COVID-19. Less than two months later, he’s thinking about what his first Thanksgiving without her will be like.

“On October 5, a part of me was gone. A part of me left,” he said. “It’s going to be different without Mom. She was the one who held everything together.”

Taylor said it’s important to him that his mother’s memory be honored. To do that, he’s learning some of her holiday recipes, with the hopes that he can share a part of Reed with those around him.

“I’m still working on that pecan pie,” he laughed. “We’ll find some way to honor Mom and give it our best shot.”

Reed hosted Thanksgiving for her family every year. Without her, how Thanksgiving 2020 will be celebrated and who will be invited is still up in the air for Taylor’s family.

Gov. Andy Beshear released guidance for how Kentuckians should celebrate Thanksgiving on Tuesday during his daily COVID-19 update.

The announcement received criticism from many around Kentucky, but Taylor said he hopes people will navigate their holiday plans carefully because he doesn’t want more families experiencing the same loss he has.

“If I knew something like [following guidance] would have saved my mother’s life, I would have sacrificed,” Taylor said. “I would give anything to have my mom this Thanksgiving.”

Taylor told LEX 18 he expects the family will face their grief on Thanksgiving, but he believes they’ll find strength in each other.

“We’ll have to lean on each other, love each other and carry on her memory as best we can,” Taylor said.

Even in the middle of a pandemic and grief, Taylor said he still finds things to be thankful for.

“I’m very thankful that I had 49 years of my life with my mom because a lot of people don’t have that opportunity,” he said.

Being thankful and cherishing those around him is a lesson Taylor said he takes straight from his mom, who valued family and loving one another above all else.