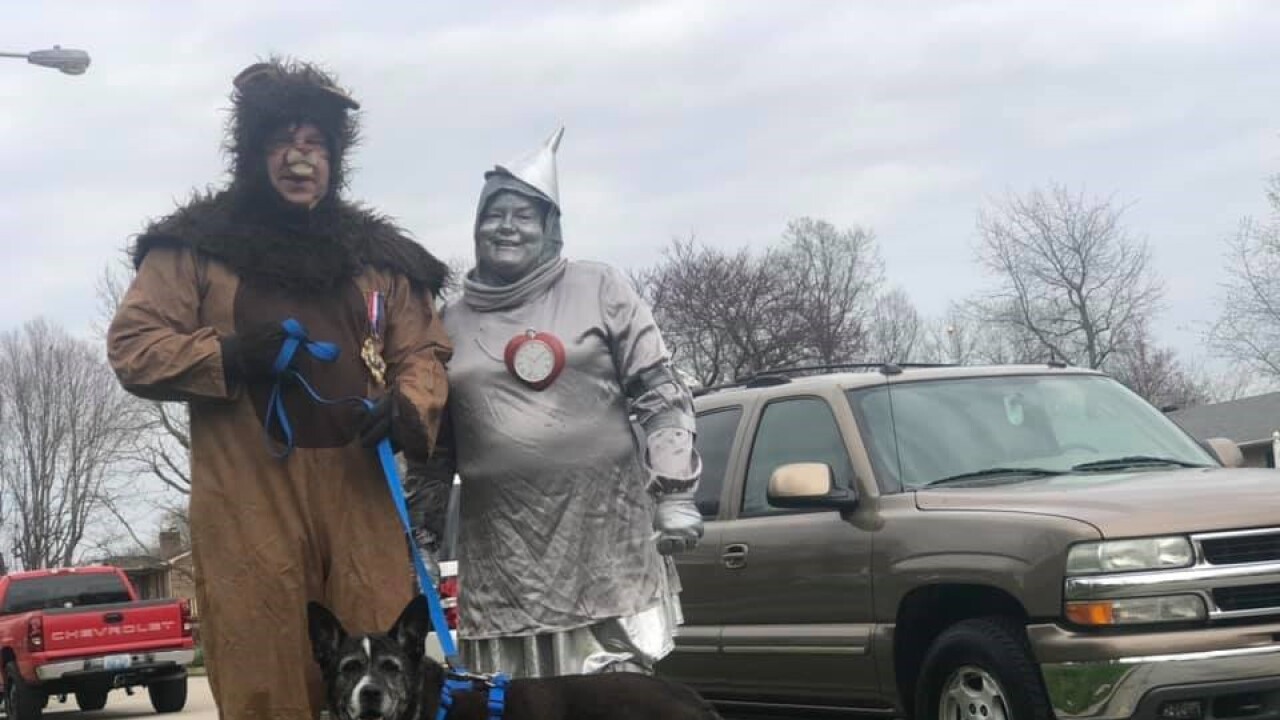 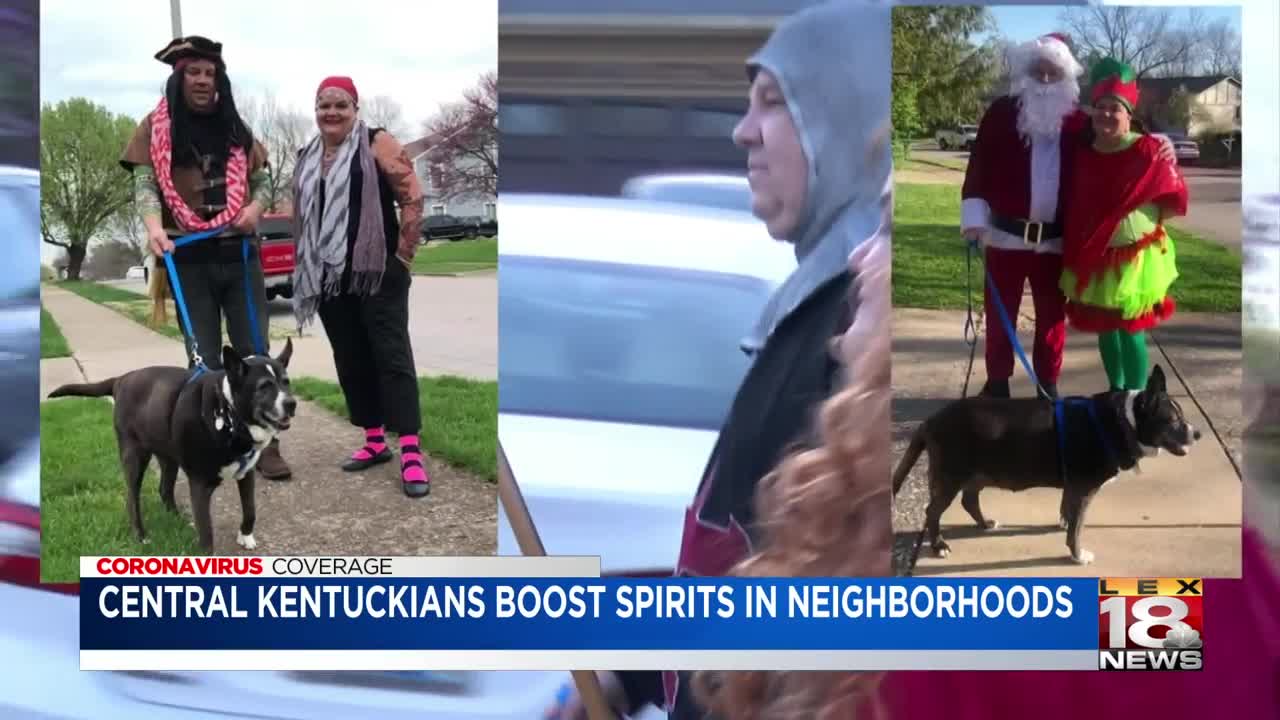 JESSAMINE COUNTY, Ky. (LEX 18) — During this stressful time, it’s good to find something to smile about. That’s just what some Kentuckians are doing for their neighbors.

Take a drive down Bakers Lane in Nicholasville and you’ll notice something similar about every mailbox; there’s a big green ribbon. That’s all thanks to Karen Boone.

”I had an idea one early morning when I needed to do something,” said Boone. “I decided I can tie bows, so I ordered the green ribbon and I made green bows for everybody’s mailboxes on my lane.”

She chose that color because of Governor Beshear’s decision to light up the Capitol in green in honor of those who have died as a result of COVID-19. He’s encouraged others to do the same and green has become a symbol for compassion.

”It brings people together in this time,” she said. “We’ve never lived through this before.”

In Lexington, Kerri and Rick Peterson aren’t exactly trying to match their neighbors. The couple started dressing up for their evening walks with their dog Roxy. So far, they’ve been a princess and a knight, pirates, Santa and an elf, Shrek and Fiona from Shrek, and the Cowardly Lion and the Tin Man from the Wizard of Oz.

”People didn’t know what they were looking at,” said Rick.

“After like the third day, people were watching for us,” said Kerri.

Kerri says they have enough costumes to keep it up for at least a month.

“It gives people something to look forward to,” said Rick.

It also shows that a small act may be all you need to raise spirits.