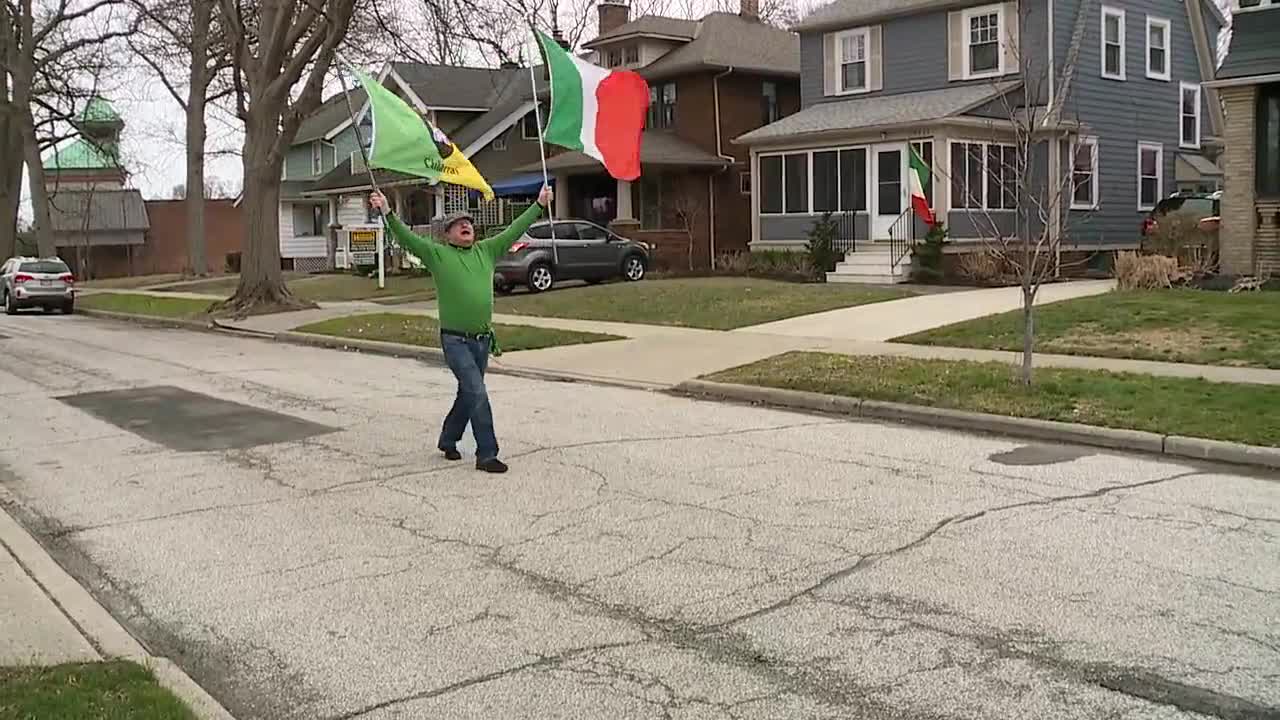 A Rocky River man is spreading smiles through the streets of his neighborhood on his one-man St. Patrick’s Day parade route.

A Rocky River, Ohio, man is spreading smiles through the streets of his neighborhood on his one-man St. Patrick’s Day parade route.

Mark Leahy made sure to keep his distance from neighbors (and even had a sign on his back saying to stay 6 feet away) as he paraded down the middle of the quiet street, waving an Irish flag and garnering waves and cheers from bystanders to the impromptu celebration.

He wasn’t the only one who filled the parade void. City Dogs Cleveland held a virtual St. Patrick’s Day Pet Parade Tuesday:

This article was written by Ian Cross for WEWS .