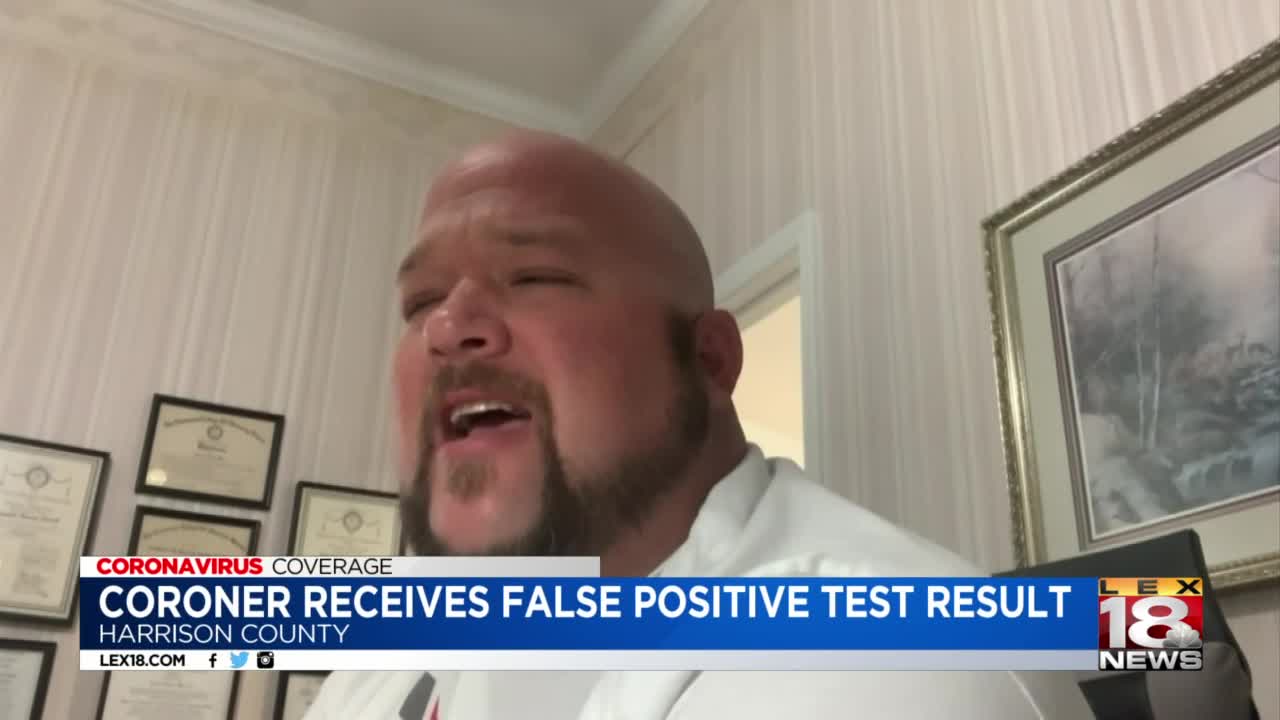 HARRISON COUNTY, Ky. (LEX 18) — Thomas Ware is a funeral director and Deputy Coroner in Harrison County, so when he started to have some COVID-like symptoms in mid-July, he immediately quarantined until he could get a test the following day.

"It wasn't a surprise to me when it came back positive," Ware said.

But even with the positive test, he wanted to get a second opinion, so the next day he got another COVID-19 test and an antibodies test. Both of those came back negative, which frustrated Ware.

Ware says he quarantined until he received the okay it was safe. Even though he was upset at first, he says he is lucky to not be sick and his family is safe.

"At the end of the day, it didn't take long for me to turn around and be very thankful that it was negative," Ware said. "It could have been just the opposite."

Ware says to anyone that feels like they may have gotten a false-positive test, he says it never hurts to get additional tests to make sure, but make sure to quarantine until you know for sure.