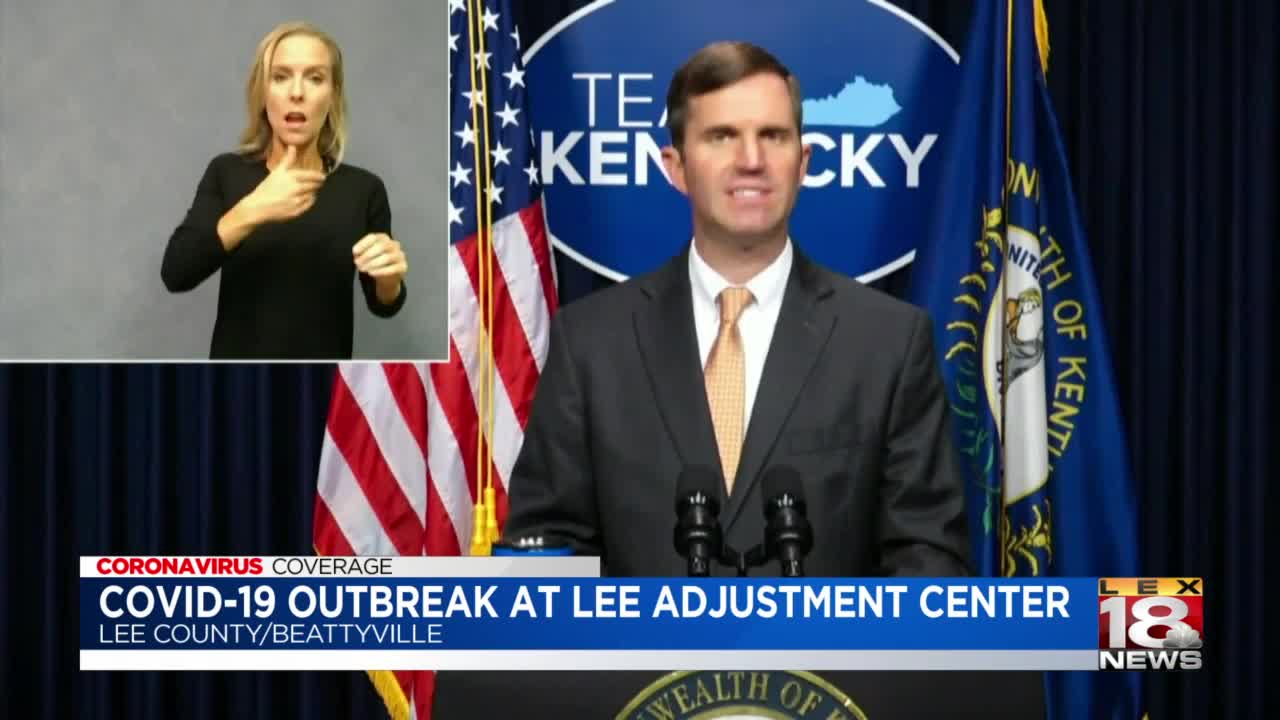 BEATTYVILLE, Ky. (LEX 18) — As COVID-19 cases rise across Kentucky’s communities, so do the number of cases in the state’s prison system.

There are a total of 367 active COVID-19 cases in the state’s 14 correctional facilities, according to the Kentucky Department of Correction’s most recent data.

During a press briefing on Tuesday, Gov. Andy Beshear announced an outbreak of the virus at the Lee Adjustment Center, where 94 inmates and 9 staff members have tested positive recently.

The state has arranged for mass testing of inmates and staff, according to Beshear.

Kathy Watkins has two sons at the Lee Adjustment Center. One has tested positive for COVID-19, and the second is awaiting test results.

“This is serious and it needs to be addressed,” Watkins said. “The inmates are not getting any attention. They're ignored and it's really a confined area. What happens if it gets worse?"

Watkins told LEX 18 her son, Robreyll, began complaining of symptoms approximately a week ago. On Tuesday, Watkins said she received a call from a nurse explaining Robreyll had tested positive for COVID-19, but that he was doing well.

"How come he wasn't able to call me? I try to call the institution and they hang up on me,” Watkins said.

Watkins is calling on Gov. Beshear to take action in addressing the outbreak.

Earlier in the year, Beshear signed an executive order to release more than 1,200 inmates to help loosen the strain of the pandemic on the prison system.

"Do you need sanitizer? Do you need masks? What can we do to help protect our own?" she said. "I want them to realize those inmates belong to people out here in the public."

If you have a loved one currently at a Kentucky correctional facility and have medical questions about COVID-19 regarding them, you can find your regional contact here.