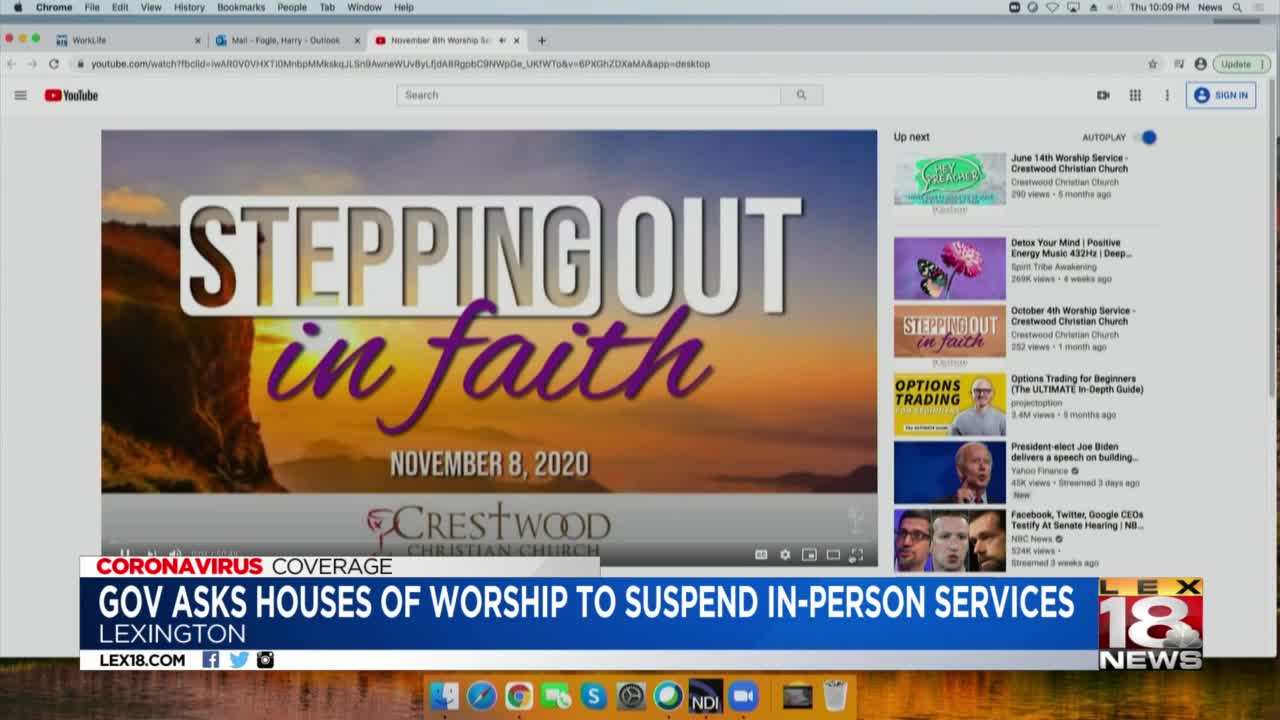 Kentucky Governor Andy Beshear says he has asked religious leaders to immediately suspend in-person gatherings as case numbers of COVID-19 continue to rise across the state. 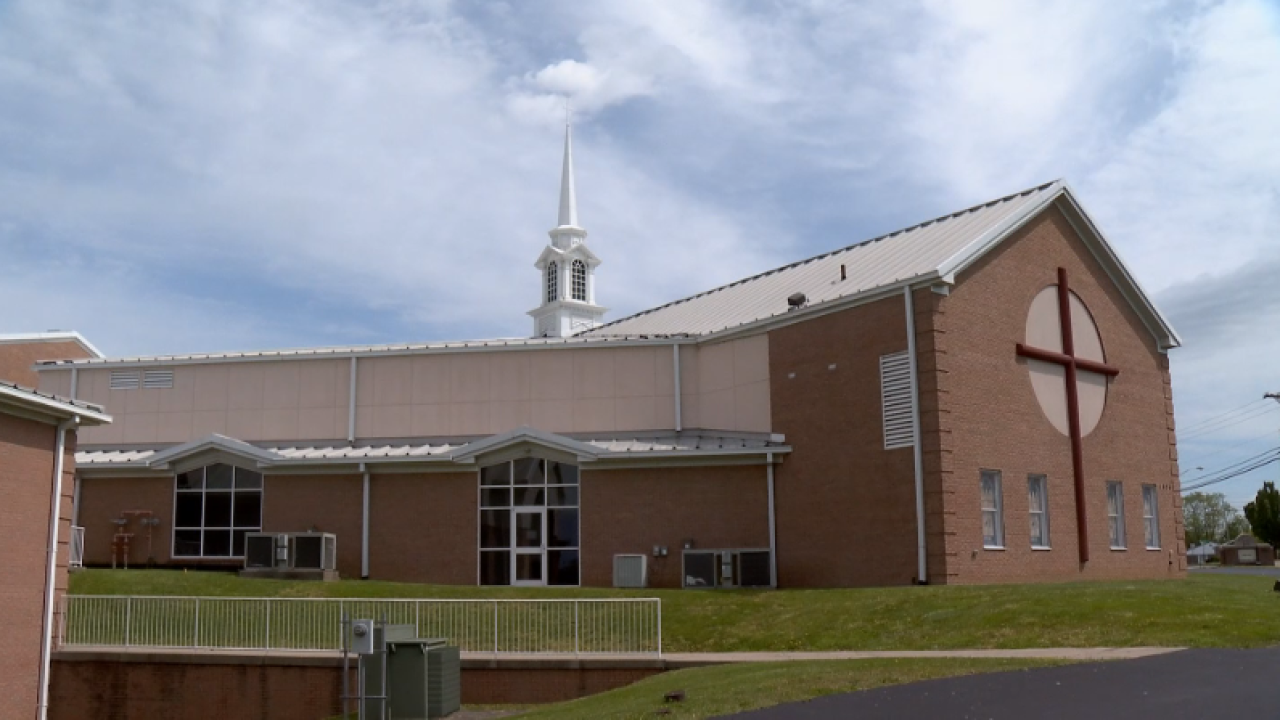 The governor has requested to faith leaders that they should not hold in-person gatherings at their places of worship starting Friday until Dec. 13. They're being asked to hold virtual services during that time instead.

Gov. Beshear says he has spoken with several religious leaders about the request through Zoom this week.

The request comes one day after the governor announced new restrictions across the state. Starting Friday, Nov. 20 at 5:00 p.m. to Sunday, Dec. 13 at 11:59 p.m., private gatherings will be limited to 8 people, attendance at venue spaces will be limited, and bars and restaurants will be closed for indoor service. Gov. Beshear says it is a request to follow that same timeline.

"They want to protect their congregation, and our faith leaders have been so great in this," said Gov. Beshear.

For some religious leaders, like Kory Wilcoxson, a senior minister at Crestwood Christian Church in Lexington, the governor's recommendations won't change much of their operations.

Wilcoxson has been holding all of his services online since early March.

"I think it was very prudent on his part to strongly encourage houses of worship not to gather," he said. "And I know that that's got to be a tough call on his part, but I feel like it's the right thing to do with the way the numbers are going right now."

The one thing that did catch him off guard was what he didn't hear: a suggestion to suspend in-person services through the rest of the year.

"[Christmas Eve services] our biggest services of the year, so we get the most people gathered in one place," Wilcoxson said. "So I'm surprised that he didn't extend it beyond Christmas to include those services.

"But that also probably would've garnered a whole lot more negative feedback on his part," he pointed out.

Given the recent surge in the area, Hyder decided to pivot back to drive-up services a couple of weeks ago.

"Our prayer list for those who have [the coronavirus] is just growing by leaps and bounds," he said. "Just today, I got a call that relatives of three different people in my congregation now have it."

Hyder said religious leaders and congregants should heed the governor's advice, letting their faith guide them.

"God gives us common sense," he said. "And I think we need to use our common sense in matters like this and just take every precaution we can possibly take to stop this spread."

The request from Governor Beshear also comes as the state deals with 3,649 new COVID-19 cases reported Thursday, the highest daily number of new cases since the start of the pandemic. The top five highest days of positive COVID-19 cases have all taken place in the past week.

The governor said there have been about 35 examples across the state of spread of COVID-19 in and around places of worship. Some of those incidents include weddings, funerals, and other activities, along with worship services.