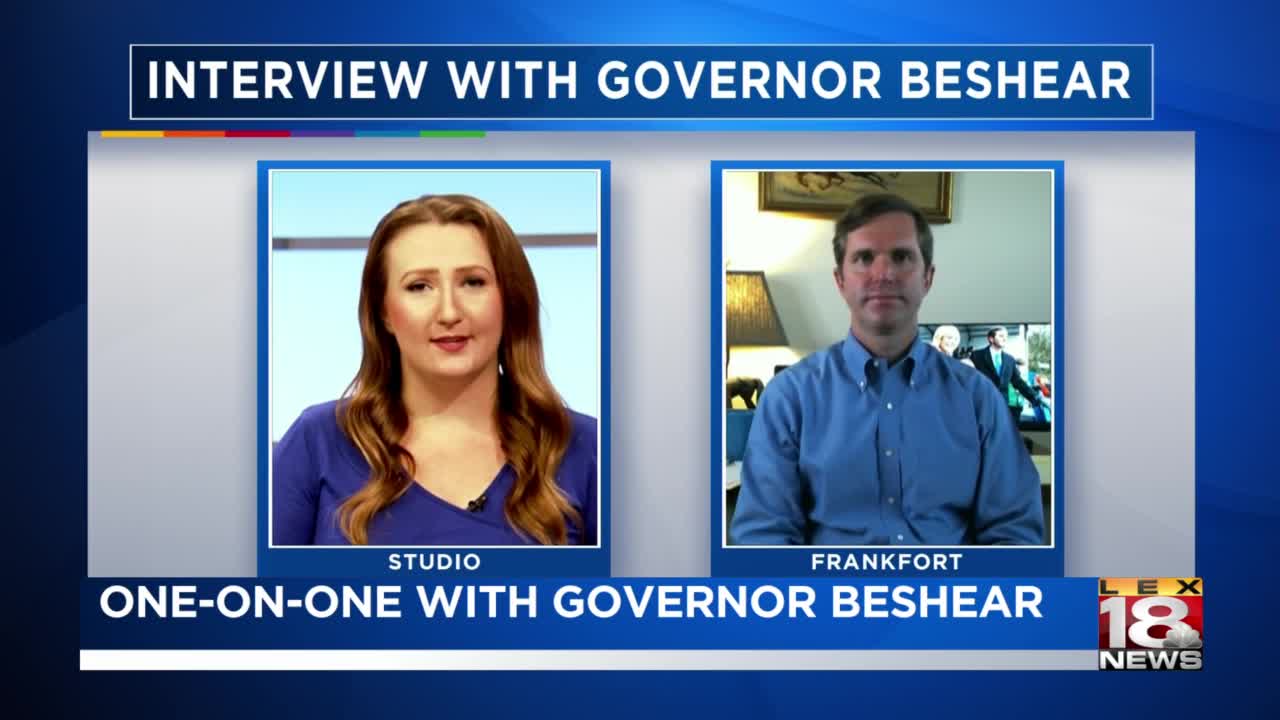 As Gov. Beshear continues his quarantine, coronavirus cases are once again on the rise in Kentucky, and Beshear warns this latest surge is very serious.

FRANKFORT, Ky. (LEX 18) — Inside the Governor's Mansion, Gov. Andy Beshear and his family are experiencing something many others have faced over the past few months -- quarantine.

"We are living the quarantine dream. We are doing just fine. I get to quarantine with the three people I love most in the world," said Beshear. "My kids are a little antsy. I mean they're 10 and 11 - they normally have ups and downs."

The governor is feeling good but is in quarantine after a member of his security detail tested positive for COVID-19.

"We're good. We have all tested negative twice now. We're all in the back end of the quarantine, but I want to make sure we're answering the call," said Beshear. "We're listening to the contact tracers. We're doing what it takes - just like everybody else."

As he continues his quarantine, coronavirus cases are once again on the rise in Kentucky, and Beshear warns this latest surge is very serious.

"This is a third escalation and maybe the most worrisome part of this is it's happening everywhere. Not just regional, but all over the country we are seeing - in almost every state - significant, if not record, high number of cases," said Beshear. "We're seeing increases in hospitalization that are concerning, and as we are moving into a period of time where more people are going to be inside with a virus that can spread through the air, it just would allow more opportunity for transmission."

The governor said during Kentucky's first surge, the state was unprepared to tackle a new virus. Personal protective equipment was scarce, and testing was limited. That led to Healthy-at-Home, where business and activities across the state were shut down.

During the second surge, Beshear acted by implementing the state's mask mandate.

This time, Beshear believes the state is better equipped to tackle the latest surge.

"We hope we don't have to take some of the steps that we took in the first two escalations, and that's because we know so much more. When we had to do Healthy-at-Home, we didn't have testing to any real degree. Now, we've tested over 1.8 million people and we're testing 4 to 6 percent of our population every month, which is really significant. We didn't have the PPE we needed, even in our hospitals. Now, we have a 120-day supply at the state, and we have two weeks' worth in each of our hospitals. We didn't know all of the steps and their effectiveness - like the effectiveness of masks," said Beshear. "So, it is certainly my hope that between the mask mandate, between the requirement that we not have more than 10 people over at our house, that we not engage in big gatherings, with the capacity restrictions we currently have in place, and with all of us just being really diligent, we can stop this third escalation."

Then, there's also the hope of an effective vaccine. Before rolling them out, Beshear said they will need to be safe and effective, but he believes there are several that will be introduced in the next few months.

"I do think we will see approval for at least one of these in December of this year," said Beshear. "We believe that in the beginning of next year, there will be limited quantities, so it's almost like if we go back to testing in the very beginning of this, we're going to ask people to be patient."