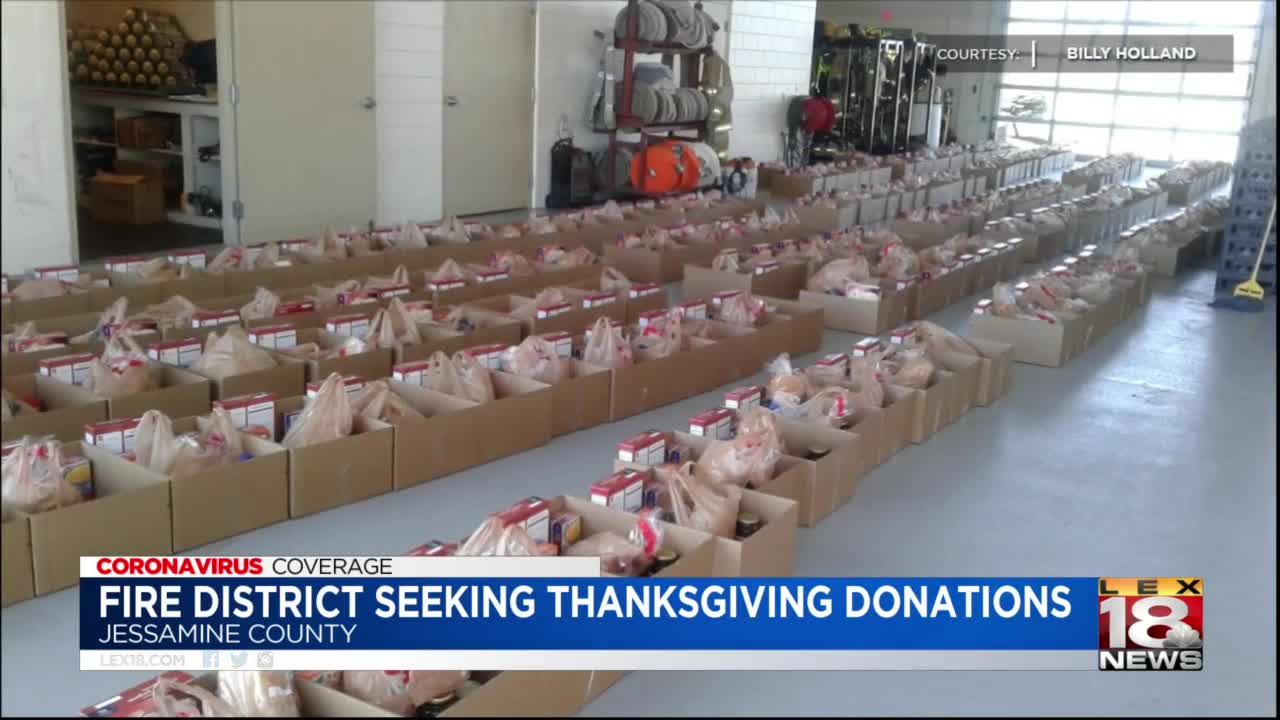 For the last decade, the Jessamine County Fire District has handed out Thanksgiving food boxes to families in the community. While this year is no exception, it is going to be different. 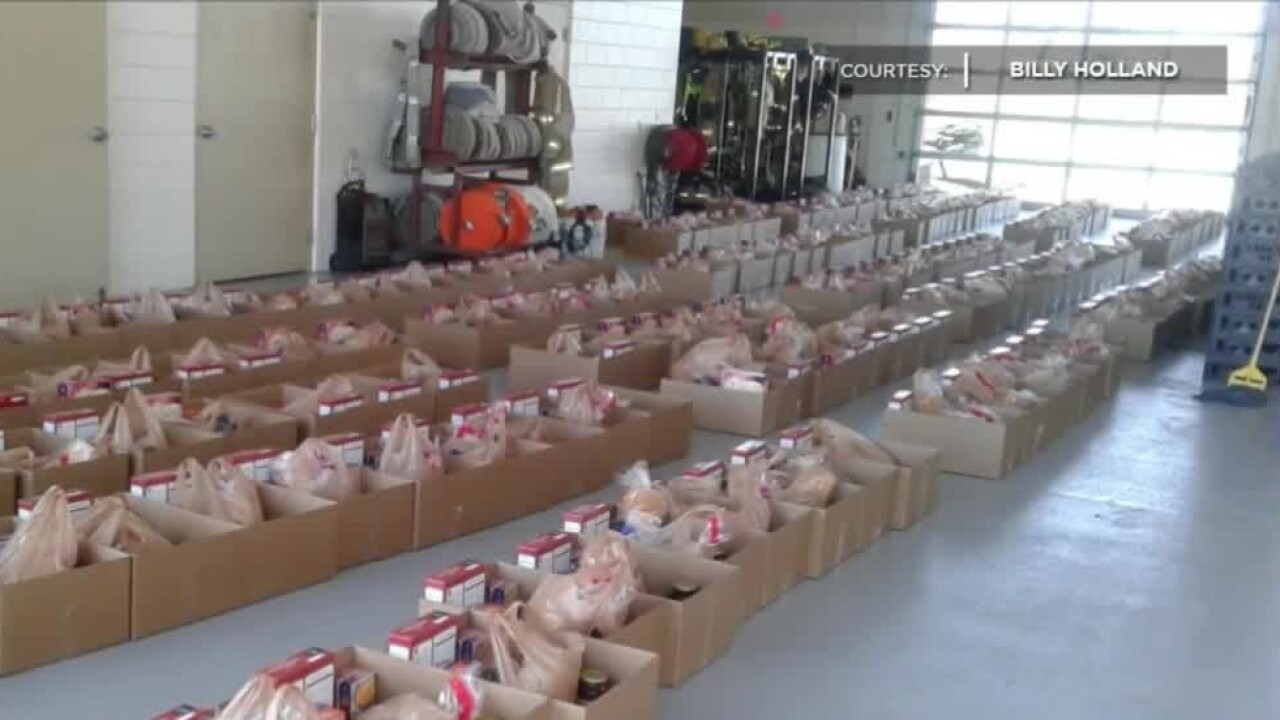 JESSAMINE COUNTY, Ky. (LEX 18) — For the last decade, the Jessamine County Fire District has handed out Thanksgiving food boxes to families in the community. While this year is no exception, it is going to be different.

"We didn't know whether or not to have it this year because of the virus, but we thought, 'hey, there's probably a bigger need now than ever,'" said Fire District Chaplain Billy Holland.

The fire district is hoping to fill the station with boxes of food to hand out next month during its annual Thanksgiving food drive.

"Especially this year, there are so many people who are hurting and need it, so that's why we're really pushing hard this year to even make it bigger," said Chief Michael Rupard.

The drive is facing difficulties because of the COVID-19 pandemic, though. On average, Holland says they feed 175 to 200 families, and he expects that number to rise this year. However, it's been a slower start to get community donations to fill those boxes.

The department usually has a surplus of donations that helps jump-start the next year's drive. While that's helped this year, Holland is worried about next year.

"We haven't taken in the amount that we normally do, so it's going to take every penny that we've got this year to be able to pull this drive off and to be able to pay for it, which is going to leave us the account drained and then when we start next year, it's going to be like climbing a huge mountain," he said.

That's why the department is asking anyone who can help to reach out.

If you'd like to receive a food box, you can fill out an application at the Jessamine County Fire District's station on Monday, Oct. 19, and Tuesday, Oct. 20. The station is located at 1310 South Main Street in Nicholasville. The food boxes will be handed out on Saturday, Nov. 21.