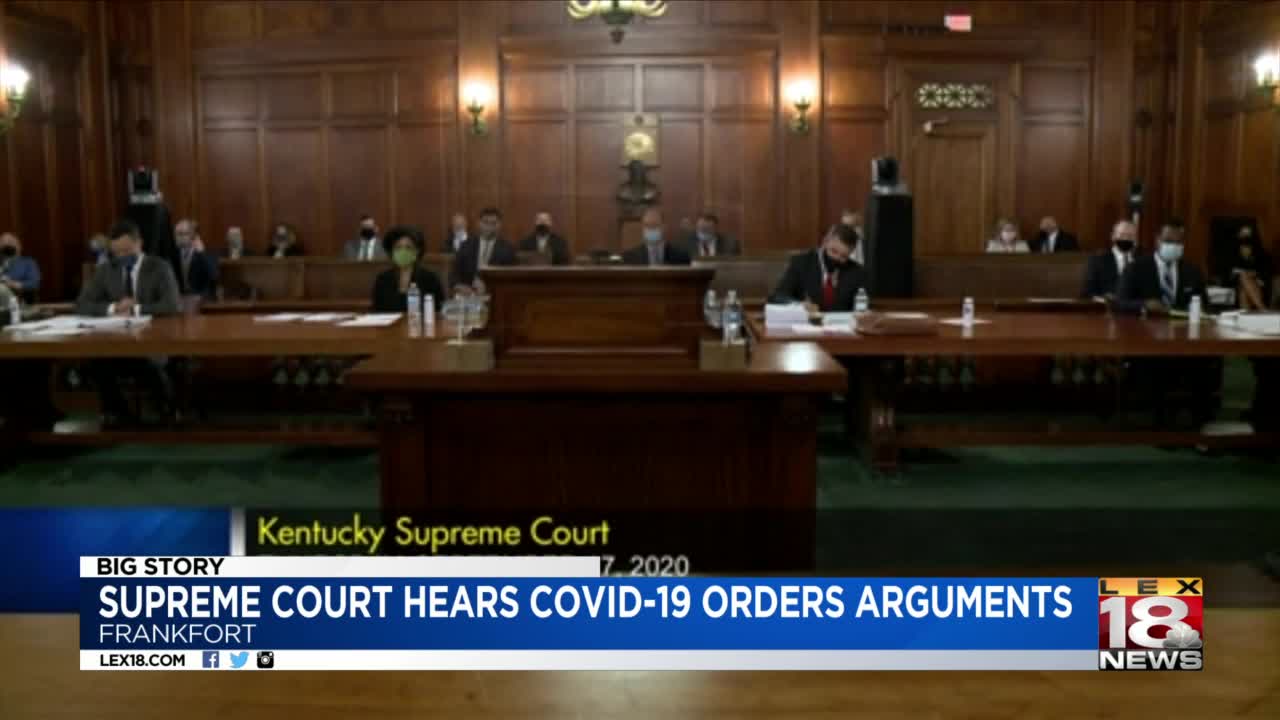 The Kentucky Supreme Court is hearing arguments on Gov. Andy Beshear's executive orders during the pandemic.

The attorney general's team says this is not a question about whether or not the governor's orders are right or wrong. They're concerned that he is going above his constitutional power to make these decisions for every person in Kentucky. They say to make some of these decisions, there is a different process to go through.

KY’s Solicitor General, Chad Meredith, tells the court that while the governor has the ability to address COVID-19, he can’t do whatever he wants.

“One person does not get to make all the rules...” @LEX18News pic.twitter.com/8rfk3K8MuI

The court first stepped in back in July to put a hold on lower court decisions that would have struck down Gov. Beshear's orders. Gov. Beshear's orders, including the mask mandate and capacity limits for businesses, have remained in effect awaiting a decision from Kentucky's highest court.

AG Daniel Cameron took Qs after the court hearing. He says their argument is simply about the constitutionality of how the governor is making these orders.

I asked him whether this was a statement on whether the governor’s orders are right or wrong & he said no. @LEX18News pic.twitter.com/77jUhruLh4

The decision could mean "life or death," Gov. Beshear said at his coronavirus briefing Wednesday.

"I don't get it. If they win, we still lose," Gov. Beshear said. "We will do worse in our fight against COVID. It will spread more, more people will pass away. People that we all love and care about."

Governor Andy Beshear says if the Attorney General wins this case, KY will have fewer tools to fight COVID-19.

He says he is using the powers he legally has to fight the coronavirus and keep people safe.

He says if he loses this case, more people will die. @LEX18News pic.twitter.com/ng1yHikPLT

"The Governor's rhetoric is irresponsible. Our Constitution leaves ample room for the Governor to do what is in the best interests of Kentuckians with respect to COVID-19 without violating their Constitutional rights by enforcing arbitrary and overly broad executive orders. This includes working with the General Assembly to enact laws that appropriately respond to the current health crisis, which he has refused to do."