Kentucky the only state to deem chiropractors non-essential 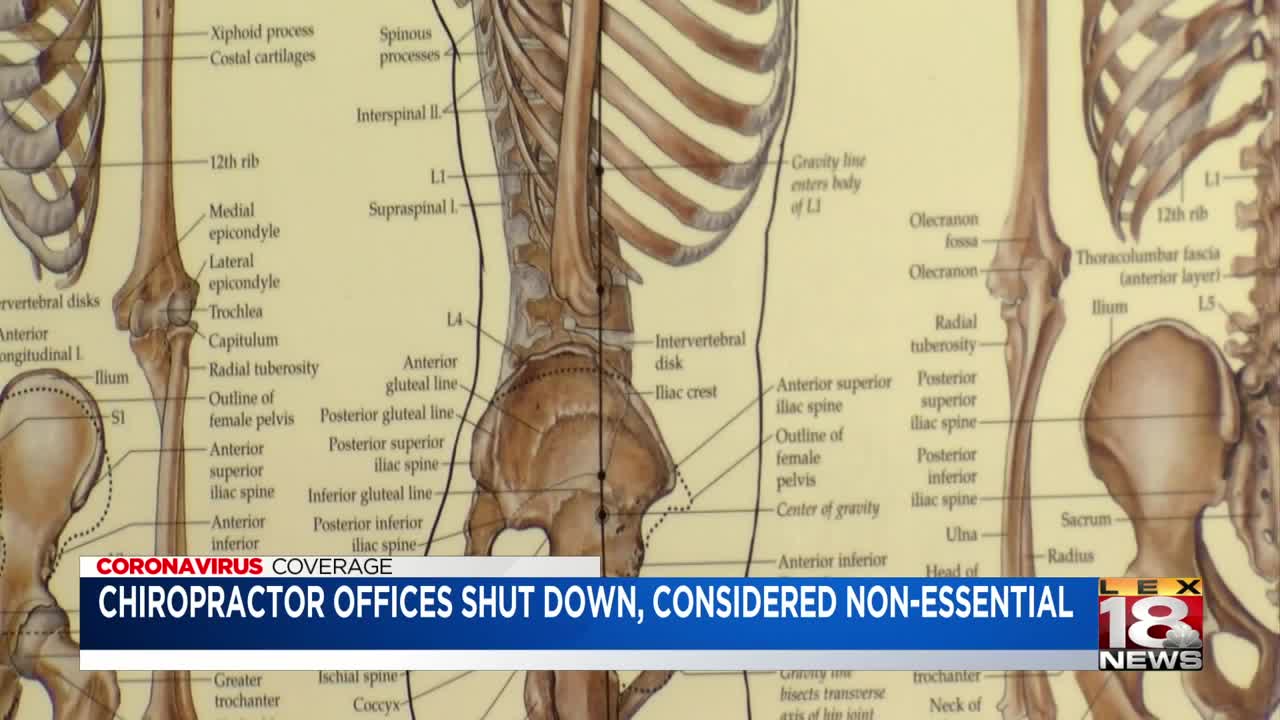 NICHOLASVILLE, Ky. (LEX 18) — Chiropractors in Kentucky are the only chiropractor offices in the country that have been shut down.

Joseph Jeffries was forced to shutdown his Nicholasville office almost a month ago after the chiropractors in the state were deemed non-essential.

"Essential means different things to different people," Jeffries said. "I wouldn't want to be the guy who makes the decisions on one business being essential and one business not being essential, but chiropractors treat about 35 million people a year and we are apart of the healthcare system."

"We have patients that have debilitating lower back pain who are stuck in bed," Jeffries said. "Patients are missing work, including first responders. Like I said, it's troubling to hear the voicemails."