Kentucky unemployment claims overload system, but state is working on a fix 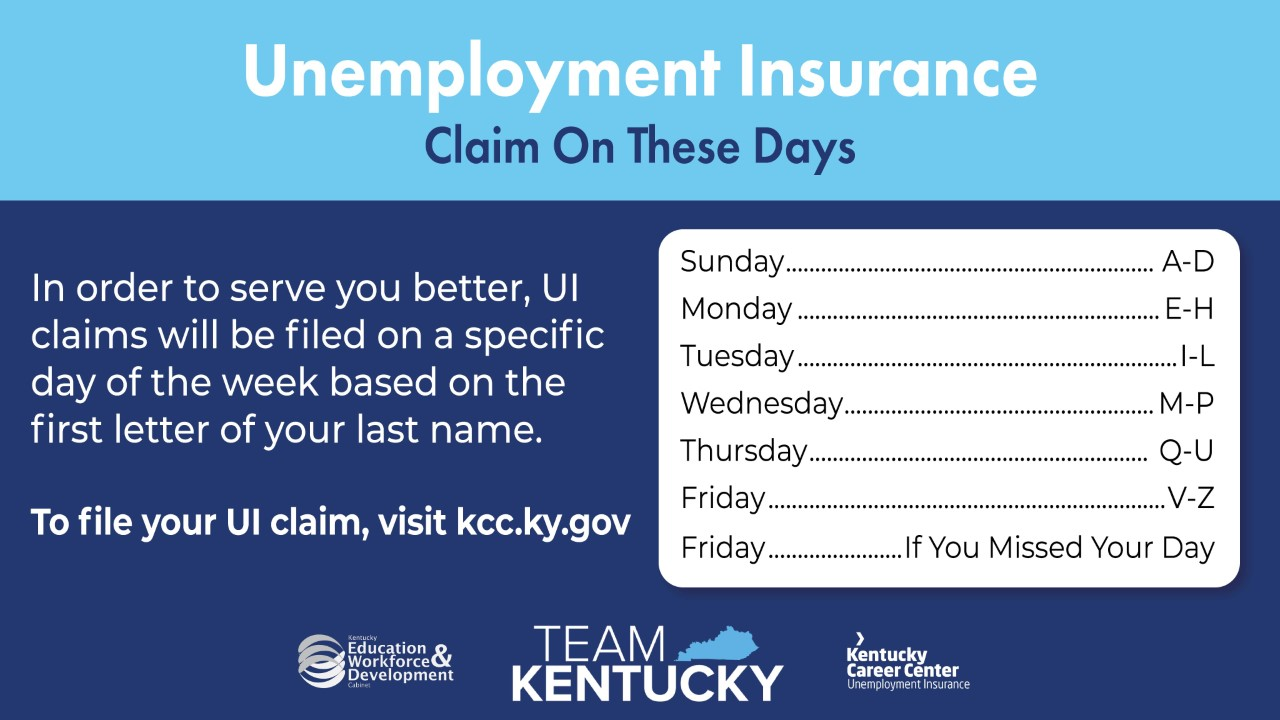 (LEX 18) — As Kentucky fights the coronavirus, many people have lost their jobs causing a huge spike in unemployment insurance claims.

This is a massive increase from the normal number of claims Kentucky typically gets. Before the coronavirus, the state processed about 2,000 claims on an average week.

Due to the increase, the system has been overloaded. People have been having a hard time getting through - both by phone and online.

"You're right. We received a number of complaints because we haven't been able to move fast enough," said Governor Andy Beshear. "That's on us. It's an unprecedented time. It's an amount of claims we've never seen before, but you know what - it's our job to fix it."

The state says the problem with the system is that it's old and difficult to change.

"The UI system is a legacy system," says Josh Benton, deputy secretary in the Kentucky Education & Workforce Development Cabinet. "What that really means is that it's old and hard to change. And when you're really looking at it, it's a challenge to make all of the modifications to that system at the same time. We know what needs to be changed and we're working diligently to do that."

Benton says the first thing they did is make sure people who normally would not be eligible for unemployment, like those who are self-employed or independent contractors, can apply.

"They were able to do that even though they were receiving messages that said they were ineligible," said Benton. "We were able to capture that information and process it behind the scenes."

The next step that the state took is revamp the unemployment website - making it easier to find information that people need.

"That now houses all of the latest and greatest information on unemployment insurance. All of the updates, all of the changes - as to who's eligible, who you can call, how you can submit a claim, how you can check your claim - all of that is now in a centralized location," said Benton. "And we're working to disable the pages that just quite honestly don't matter right now because there have been so many changes to the program and we're taking those offline so they wont be confusing folks."

However, Benton admits the biggest issue currently is the phone lines.

"We know (it's) causing backlogs and hold times that none of us want to see," said Benton. "We're working with additional vendors to come online with us so we can have a variable call center work force to help answer the calls, answer the questions as best they can, and get people pointed in the right direction. We know that's an issue and we're working every day to solve it."

However, now that the website, kcc.ky.gov, has been revamped, Benton says people should go there first for answers. That way, the phone lines can be used to assist the people who need to call.

"We would like you to prioritize who's calling. There are some people that need to talk to someone to be able to file their claim. Those people are individuals who needs to reset their pin or it's someone who might be having trouble with the online application (and) needs assistance," said Benton. "That can be a variety of issues - whether its technology assistance or in some cases, there might be a disability involved where we need that person to call in and communicate with us so we can help them file their claim. So we want to prioritize those groups of people. Those are the ones that need to be calling. We need to be able to communicate with those folks over the phone."

Benton says people who are looking for things like an update on their claim, can get the information they need online.

"Please use those online resources to get the most accurate information so we can reduce the volume on the call center line," said Benton. "We're going to be staffing up every day to make sure that we can take the calls but we really need to prioritize those specific individuals."

Benton also asks that people stop calling to request their first payment. He says the first payment is automatic.

"We're getting a lot of calls in asking 'how do I request my payment' and that sort of thing - it's automatic. We're processing those," said Benton. "As of (Wednesday) - (On) Sunday, Monday, and Tuesday, we processed over 18.5 million dollars worth of claims to over 32,000 Kentuckians that filed for UI the week of March 16th."

While some may think these issues are delaying claims, Benton says there are many people working to make sure people get paid on time.

"We have really taken an all hands on deck approach in the Education and Workforce Development Cabinet - and really, across state government - to address UI," said Benton. " Not every claim that comes in is perfect and it has to be reviewed. It may have to be cleaned up. We have help from three different state agencies and the governor's office who are working to review those claims. In the last ten days, that group of about 150 people have reviewed and processed 70,000 claims so they can be paid out on time."

Benton also says that an additional 40,000 people who previously did not qualify for unemployment insurance, will now qualify thanks to more federal funding. He says those people will receive notification from the state on how to file their claims.