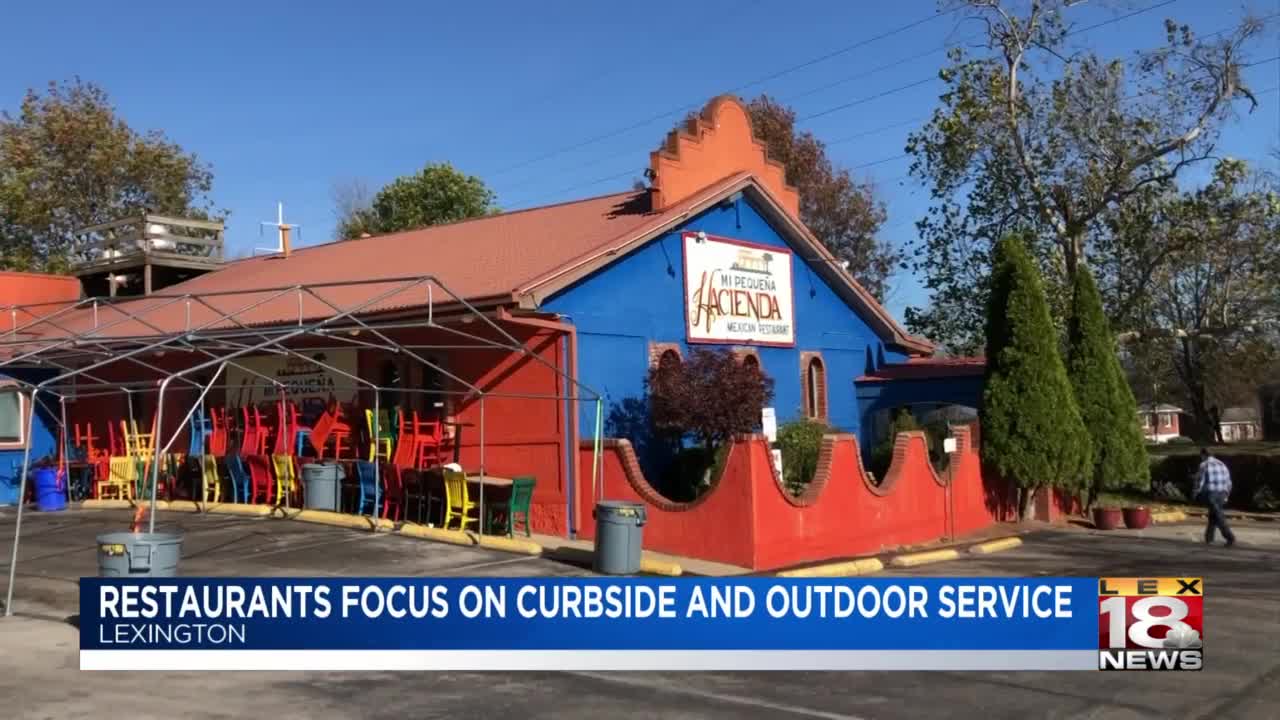 LEXINGTON, Ky. (LEX 18) — When Julian and Lorena Gallegos first opened Mi Pequeña Hacienda in 1996, a shutdown was the last thing on their mind.

Twenty-four years into the business, the Gallegos are closing indoor dining at their various locations for the second time this year to comply with new state restrictions put in place to curb the spread of COVID-19 cases.

“I just wish this was not happening,” said Lorena Gallegos. “We’re just going to have to work as hard as we can to keep it going.”

On Wednesday, Gov. Andy Beshear announced tightened restrictions for restaurants, bars, gyms, and schools in response to rising COVID-19 cases in the state. Starting Nov. 20 at 5 p.m., restaurants and bars will not be allowed to have indoor dining services. They will be allowed to continue offering outside and to-go services.

“I was really shocked. This was not something that was on my radar. We were expecting something much different,” Ruby Miller said. “It just feels like a sucker punch right now. We’re getting a plan in place. We’re trying to figure that out.”

Jeff Ruby Culinary Entertainment is donating its Thursday revenue to its employees in response to the shutdown, according to Ruby Miller.

Ruby Miller said she feels the governor’s decision is unfair and devastating to an industry she says has worked with the government every step of the way to keep people safe.

“Restaurants are not the problem. Restaurant operators are tired of being the scapegoat. We are low-hanging fruit, and our employees are directly impacted,” said Ruby Miller.

In September, the Centers for Disease Control and Prevention published a report that revealed dining out increases the risk of exposure to COVID-19 more than other social activities, like shopping.

Ruby Miller said she wishes Gov. Beshear had consulted more people in the industry before making a final decision.

“I wholeheartedly appreciate and empathize that we have to take care of our healthcare systems which is why we restaurants want to partner to create places that are safe,” she said.

The Cellar Bar and Grille owner Heather Trump shares Ruby Miller’s sentiment that restaurants are safe. She told LEX 18 while she respects the efforts being made to keep people safe, she is frustrated because she feels the restaurant industry is bearing a lot of the weight.

“You can do anything in this state except go to school and eat at a restaurant. I don’t understand that,” Trump said. “I don’t think the coronavirus lives in a restaurant. I think we’re very, very safe.”

Trump, who also owns Shamrock Bar and Grille, spent the morning traveling to her Lexington restaurants explaining the plans going forward. She said the new restrictions forced her to lay off more than 75% of her staff.

Trump said she expects to rehire as many people as possible when they can reopen to indoor dining, but the future of the industry is unpredictable.

“None of us know what to expect. That’s what we told all of our employees when we were telling people they were laid off or what we had to do with them. We just don’t know. We have no idea,” Trump said.

The Cellar Bar and Grille has added tents and heaters to its outdoor seating to allow for some business to continue. With the cold weather coming in, Trump said she’s not sure how successful that will be.

Mi Pequeña Hacienda is also making adjustments to try to keep as many employees working as possible.

The Gallegos family is in the process of building an outdoor seating area at its Lansdowne location.

“We’re not quitters,” Gallegos said. “These restrictions are forcing us to work harder.”