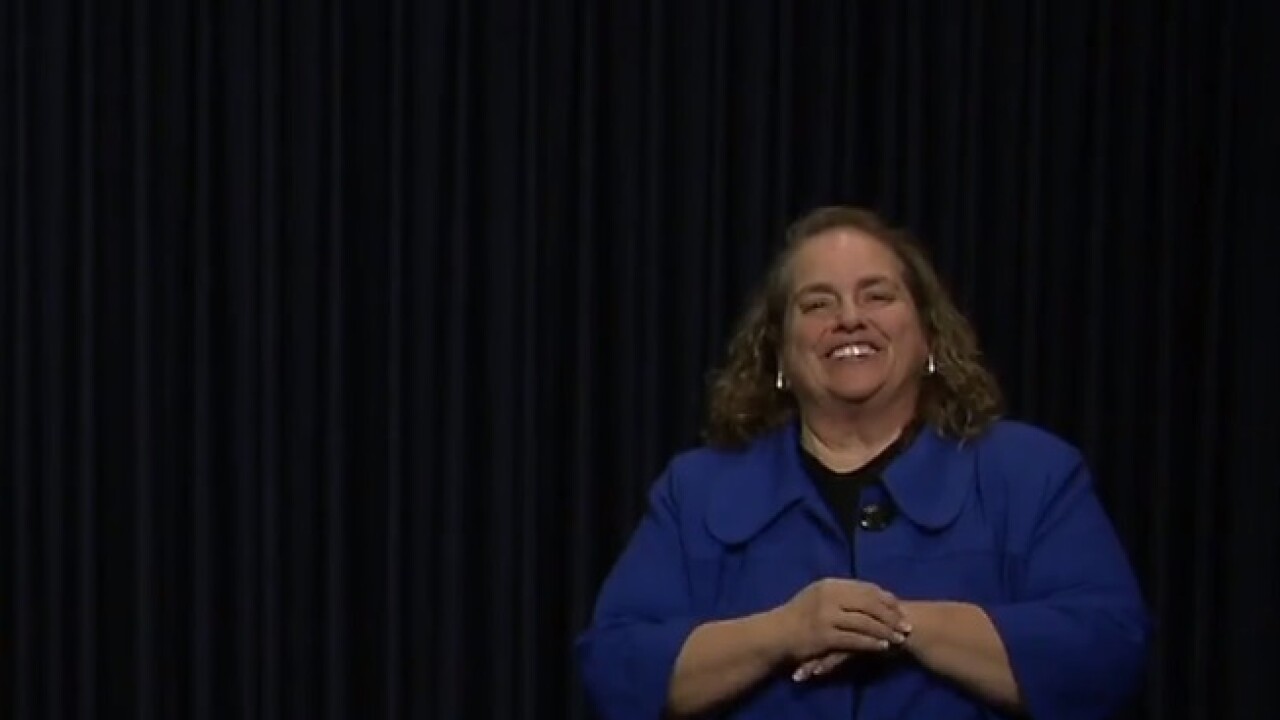 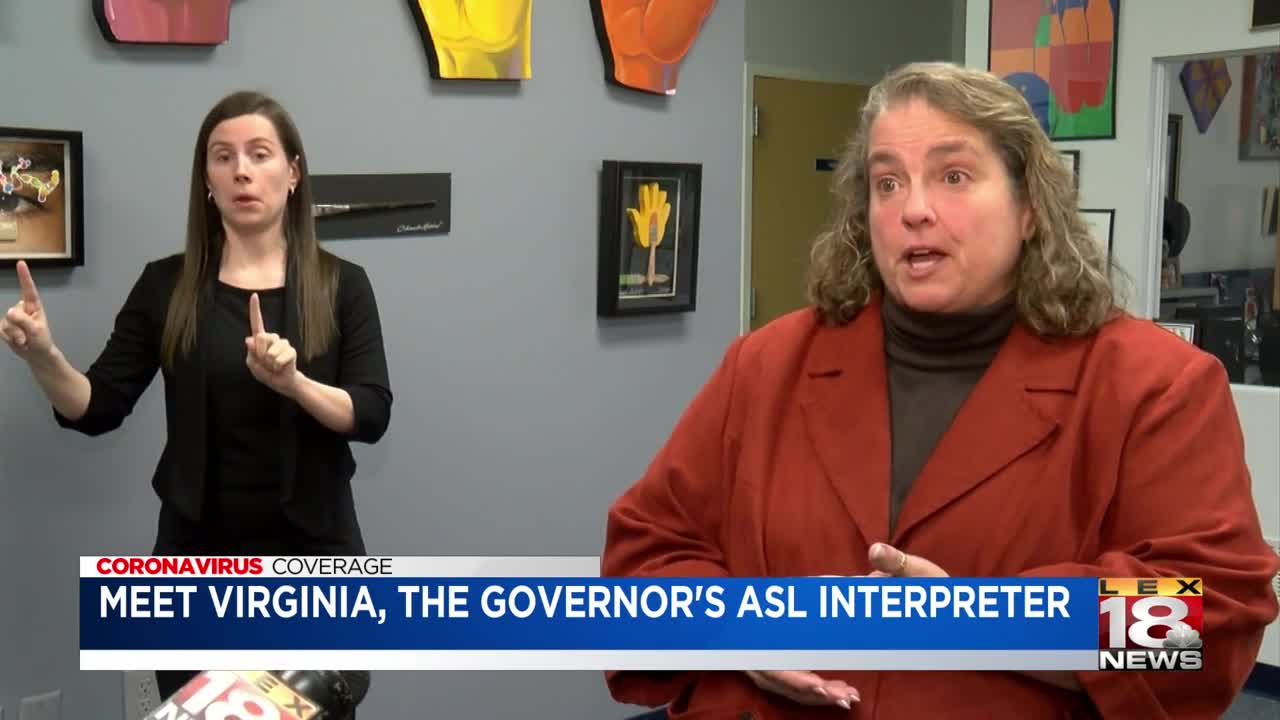 FRANKFORT, Ky. (LEX 18) — Every day for the past two weeks or so, we've watched Governor Andy Beshear's press conferences for an update on the coronavirus in the bluegrass. Near Governor Beshear, you've seen a sign language interpreter.

Meet Virginia Moore. She's a certified sign language interpreter. Virginia grew up with her parents, brother and sister, who are deaf. She says sign language is basically her first language, and never expected for this to be her career path.

Virginia says it's more than just her hand movements that are important to the ASL community.

"You'll see my eyebrows go up, and I'll have my facial expression," Moore noted. "My shoulders may tilt in, you have to use, from this section to this section as your grammar and syntax and how you relate the language."

During the press conferences where Beshear updates Kentuckians on COVID-19 in Kentucky, Moore stands along side, at a safe distance, Governor Andy Beshear. Virginia says this is the first time ever that the governor's office has invited a sign language interpreter along for a press conference.

The interpreter says although the pair have gotten in a groove, she doesn't always know what he is going to say.

"There are times when he's handed a piece of paper where the numbers have changed or something has changed. So no, we just try to wing it together."

The calm and collected pair have taken over social media with memes, a light-hearted way of showing how important the pair's presence is to all Kentuckians. While Governor Beshear has spoken about the memes, Virginia says she has also seen them.

"Well, I'm going to be honest, I do not have Facebook," Moore said. "But I have several friends who have Facebook so obviously they're copying the memes and sending them to me. Some of them, I find quite funny."

In a time with many unknowns, Kentuckians can have some peace, knowing Governor Beshear will be on at 5 p.m., Virginia will be close by and Kenneth will probably be late with the next slide.

"Hahahaha Poor Kenneth! Yes, yes, and I think that constant is so important to the community as a whole," Moore said.

It's all to make sure all Kentuckians are included in the message. #TeamKentucky