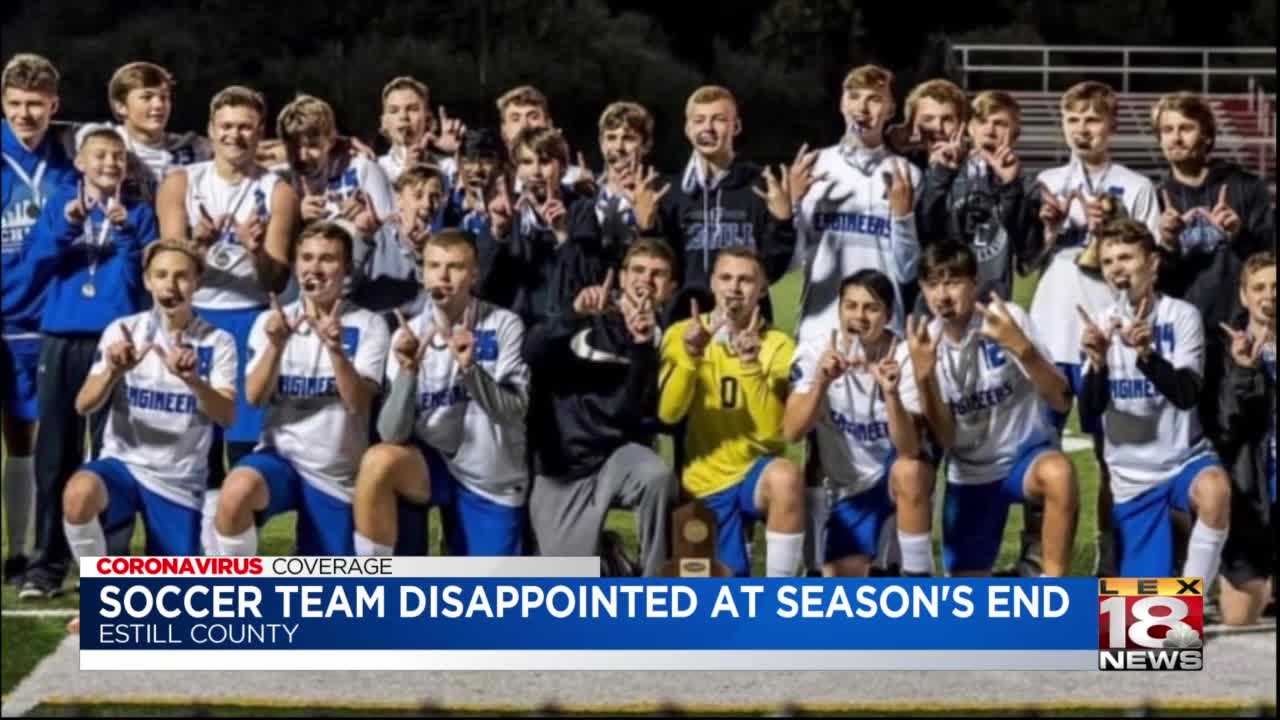 In 2019, the Estill County HS boys soccer team captured the region championship. Dustin Beeler and his fellow seniors looked to add to their legacy in 2020. They started with a win, then played three games a mid-September tournament. That's when the cancellations began.

Practices and games are constantly being rescheduled, postponed or canceled because of the virus's presence.

Dustin Beeler and his fellow seniors looked to add to their legacy in 2020. They started with a win, then played three games a mid-September tournament.

That's when the cancellations began. Estill County has been in the red zone for COVID-19 cases for most of the season, making it difficult to schedule a game. As the district tournament approached, Estill County was still in the red zone, which put the team's playoff plans in jeopardy.

"We wanted to go back again, win it again, and it just knocked us right out of it," said Dustin Beeler.

Their first district game was supposed to be in Powell County on Tuesday, but the game was canceled after Estill County remained in the red over the weekend. That effectively ended the season.

"Knowing how much work the seniors put in, and have it just taken from them, it was really disheartening," said Gary Beeler, Dustin's father. "If they could've just pushed the whole tournament back, everybody would've gotten to play."

By Monday, the county was in the orange zone. Unfortunately, the Estill County Athletic Director says because of restrictions, the host of the district tournaments, Powell County, could not host doubleheaders.

He further explained there’s only one regulation-size field available in Stanton, and the round had to be finished this week. The AD says because Estill County drifted back into orange on Monday, the girls' district game scheduled for Wednesday will be played.

For all the other players, especially seniors, Dustin has one piece of advice.

"Live it up while you can. I mean, you never know when something's gonna happen and it's just gone," said Dustin.

Dustin's hoping to play at least one more game before hanging up his cleats, and has gone to the step of sending a message to the KHSAA Commissioner, but said he's received no response.

The Estill County HS AD says the team is allowed to play more games until the state championship is played. But, as has been the nightmare this season, the issue will be scheduling in a pandemic.