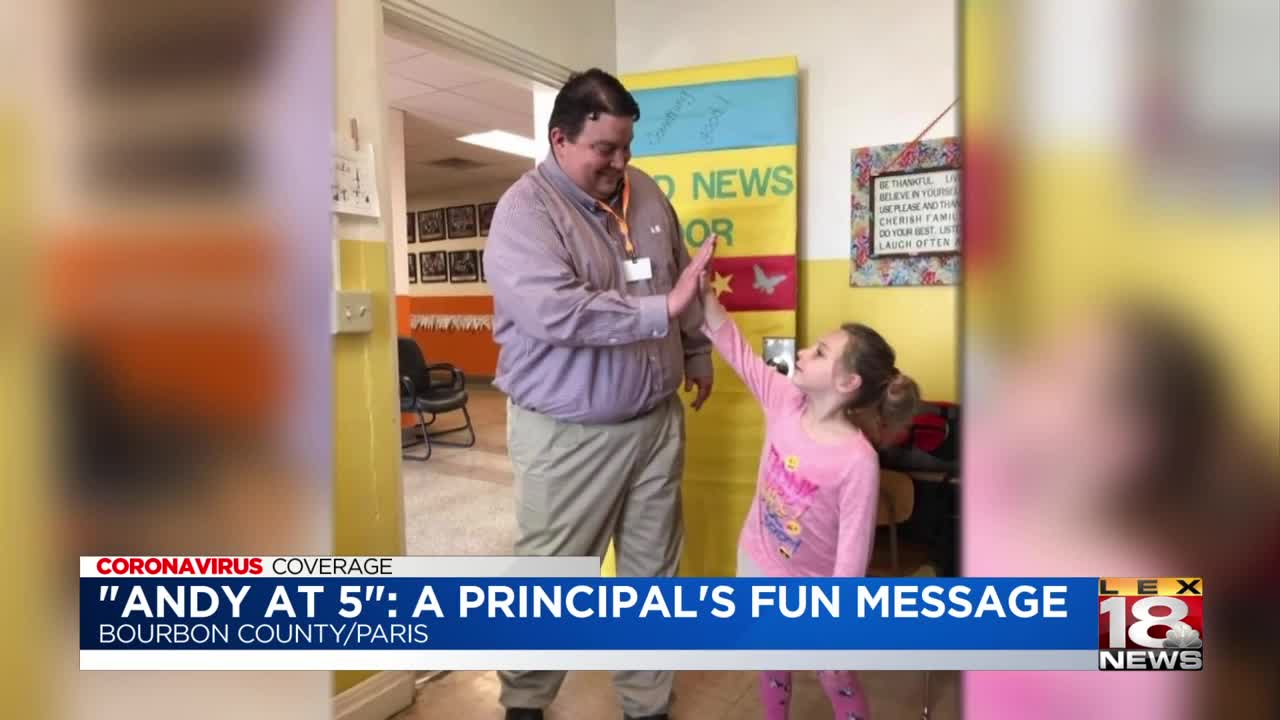 BOURBON COUNTY, Ky. (LEX 18) — Amid the uncertainty of the changes to communities thanks to the coronavirus, one thing Kentuckians can count on is Governor Andy Beshear being on their TV screen at 5 p.m.

"We're gonna get the new restrictions and the new information and presented in a way that calm is calming. His voice is calming and his demeanor is calming and as long as you aren't the bingo hall in Ashland and getting called out for not doing what you're supposed to do, then it's a thing. I appreciate what he's doing," explained Paris Elementary School Principal Keith Griesser.

Griesser was a music major at Georgetown College and was a music teacher early in his career. He put his talents on display in a parody that posted on YouTube Tuesday night to the tune of Bon Jovi's "Dead or Alive."

"The song is moments of reprieve from thinking about all this going on in the world right now and just a giggle," Griesser explained.

The lyrics address what has become a 5:00 p.m. ritual for many Kentuckians and how that structure is needed. He said finding structure has been a significant adjustment for his teachers and students because of the change to virtual learning.

"I am connecting with my parents and our students here at Paris Elementary, just continuing to tell them you know get your kids on a schedule," said Griesser. "We need to have something that we can count on during this time when things are really up in the air we don't really understand the magnitude of what might happen next, that there's comfort in having some structure."

Griesser said parents from his school encouraged him to write and sing the parody.

"They knew I had done a parody before when we were about five years ago there were a million snow days in a row and I did one just called 'Hey June,'" he said.

Being a principal, it is not a surprise the song inspiration came from a student.

He explained, "This kid named Cable down my street had put on Facebook himself plucking out the beginning of the song 'Dead or Alive' and took me back to high school. I love that song."