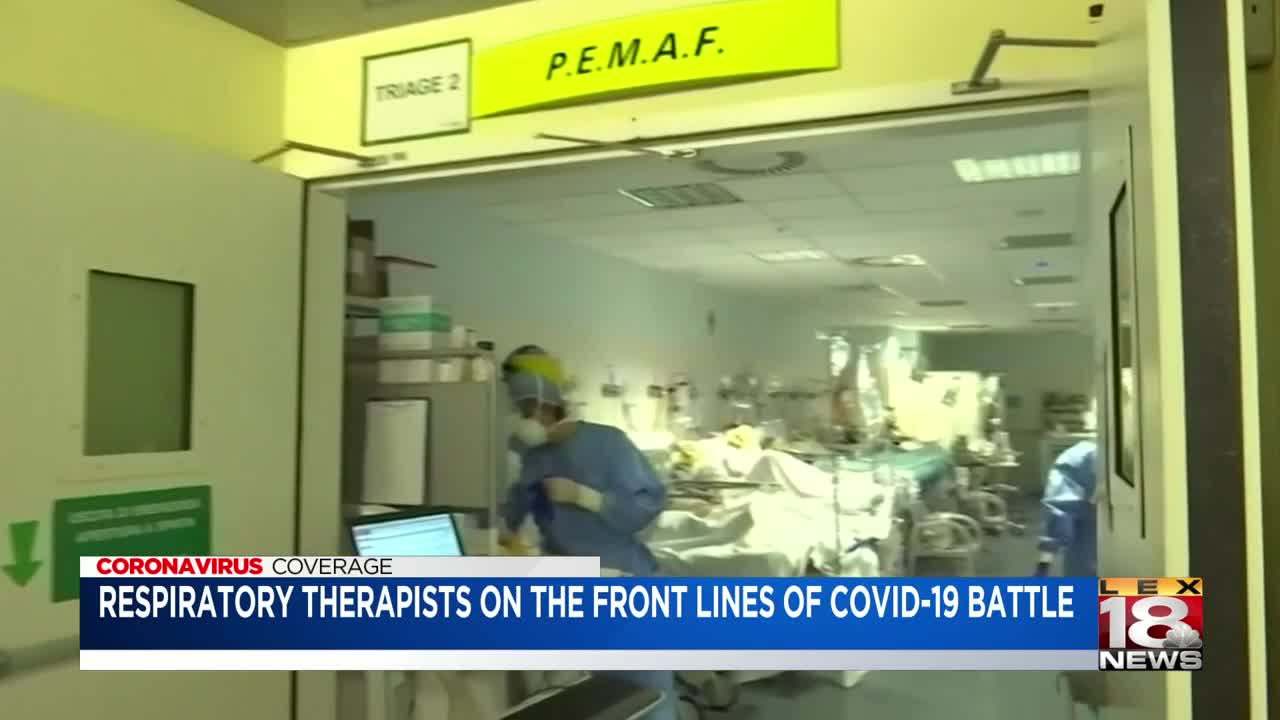 LEXINGTON, Ky. (LEX 18) — Respiratory therapists could be considered the unsung heroes of the coronavirus pandemic.

There are only about 3,600 in Kentucky, but they are responsible for caring for the most severe COVID-19 patients: those who cannot breathe on their own.

"Any time a patient develops respiratory failure, that's when an RT steps in with a ventilator," Kentucky Society for Respiratory Care President Tim Hadden said.

Hadden also described a grim reality respiratory therapists are facing currently. He said many are feeling stressed and are fearful of the unknown future.

"What's happening on the front line now is there is, of course, a lot of panic," Hadden explained. "We don't know what's to come so we're preparing for things to possibly get worse in the future."

According to Hadden, there is not a shortage of ventilators, but Kentucky hospitals are stockpiling them just in case the state sees a surge in patients who need them.

"You're seeing a lot of facilities bring out old equipment that they haven't used in years just to kind of make sure that if something does happen and it does get worse, that there's enough equipment out there for people to be taken care of," Hadden noted.

In a press conference Monday, Governor Andy Beshear said there are 1,352 ventilators in the state. He said he is working to get that number up.

"I believe we are going to be able to increase that by about 10% depending on the location and collection from outpatient centers and from other areas that we're looking at right now," Beshear said.

Hadden said the public can help by staying at home as much as possible. He also suggested to offer support to respiratory therapists and other workers putting their lives and their families' lives at risk every day.