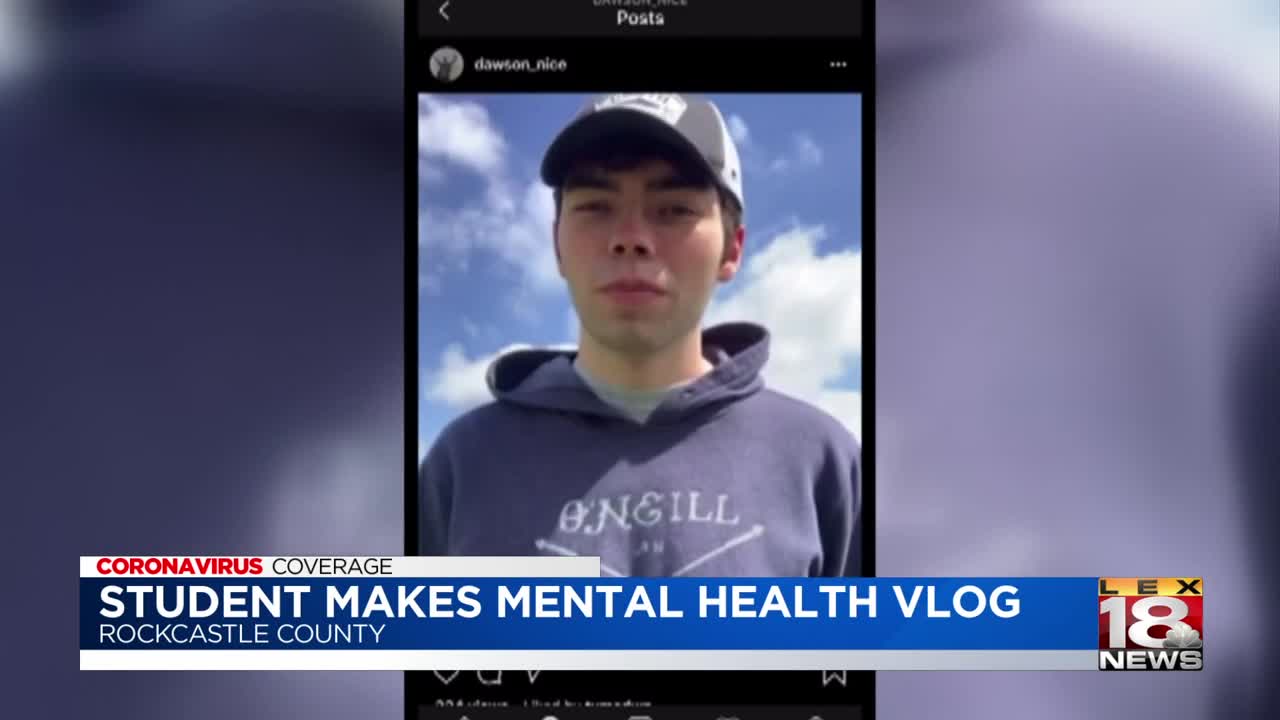 ROCKCASTLE COUNTY, Ky. (LEX 18) — A senior at Rockcastle County High School has started a video blog on social media,dedicated to helping the mental health of his classmates with uplifting messages to help get them through staying healthy at home.

When Gov. Andy Beshear initially moved schools online for two weeks, Dawson Nicely thought he would see his friends in the halls of Rockcastle County High School soon. Since then, the closures have been extended through the middle of April.

"It's terrible, I'm used to seeing them everyday," Nicely said. "They come over to my house and play pool, we joke around and call it Nicely Pool Hall."

Dawson Nicely says not seeing his friends, along with missing out on senior year celebrations, has been weighing heavily on him and his classmates. So, he started posting videos on his Instagram, at first, as a joke.