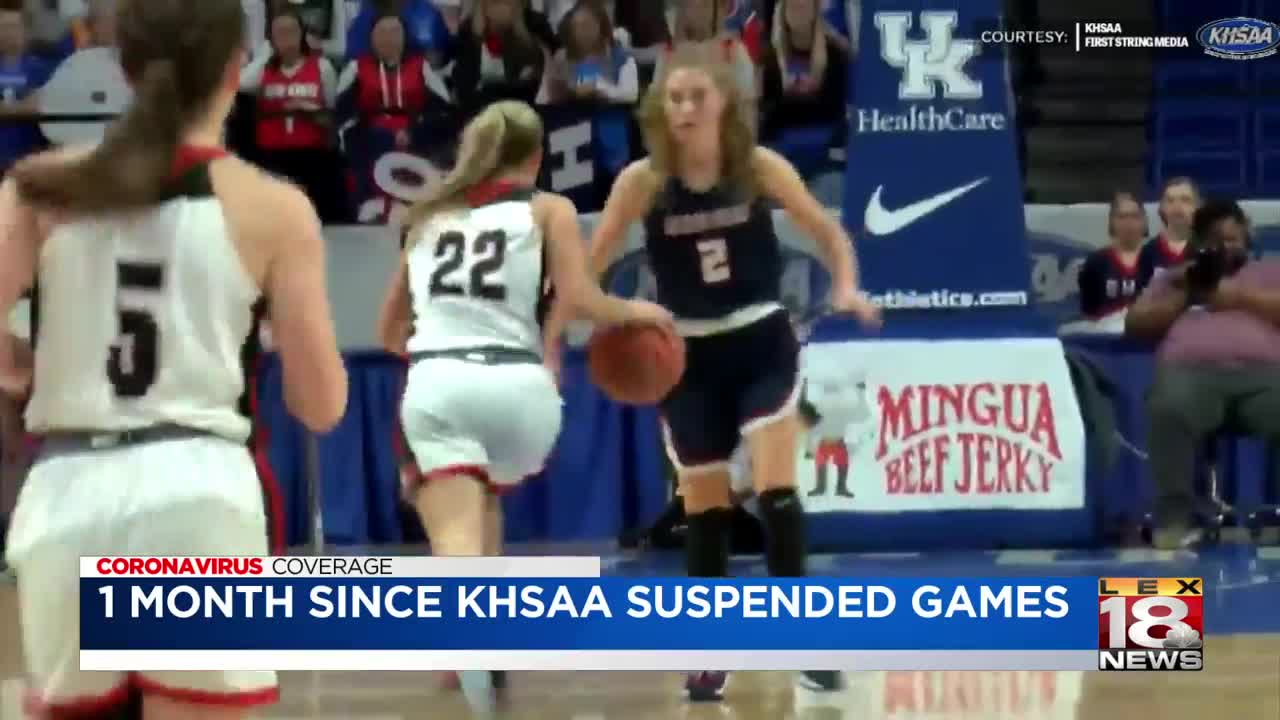 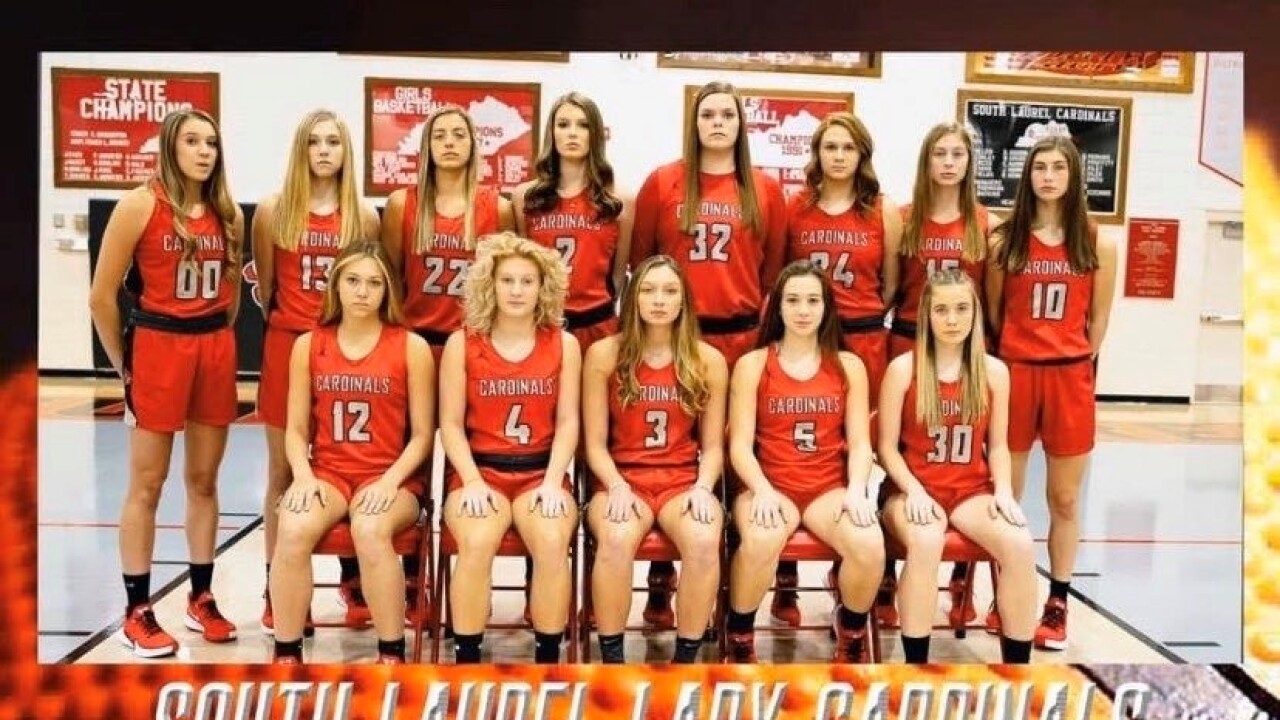 LAUREL COUNTY, Ky. (LEX 18) — One month ago this week KHSAA suspended all remaining girls basketball Sweet 16 State Tournament games and the entire boys tournament because of the Coronavirus.

The night the news broke South Laurel won a nailbiter over Sacred Heart in what very likely was the last high school basketball game of the school year in Kentucky.

“Our kids, they were all in. So it was a great feeling of accomplishment, the adversity our kids had faced, on the biggest stage, it was exciting in that moment," said Souder.

The dream of a state championship was in sight for the Cardinals as they played the final game of the day on Thursday, March 12th.

“I could just tell by their demeanor they weren’t afraid and this wasn’t going to be the same game that we played against Sacred Heart the first time," said Souder.

After losing to the Louisville powerhouse by 24 earlier in the season, South Laurel battled to a 58-57 victory.

But the high was short lived.

“The guy that was our host taking me back to the locker room whispers to me ‘Hey this has been suspended.’ And I said 'What do you mean suspended?'," said Souder.

Souder had to break the news to his players about just how serious the situation was.

“We’re on our bus back to the hotel when I had to tell the team and it got really quiet, you’d have thought we lost the game. So I stood up and said ‘No, no we’re not doing this, remember I told you - happy ending’," said Souder.

While not quite the happy ending the girls were hoping for, the Cardinals went out winners on the biggest stage in basketball.

In the days since, coach says some players are still holding out hope.

“She still will text me every other day, 'Hey coach have you heard anything? No Amera I haven’t heard anything. Watch the news this is a national pandemic.' So it’s hard for them," said Souder.

While others are staying in touch daily via team group texts and video chats, already reminiscing on the season of a lifetime.

“It was amazing to watch as a coach, to sit back as a coach and see how those young ladies handled everything, and you know it’s true that I told the kids everything happens for a reason and we can do everything we’re supposed to do and it not turn out right because that’s just life, but they took that in stride and I’ve really never seen a group of kids unite the way they did," said Souder.

Collett and Steele are both finalists for the Miss Kentucky Basketball award, among a long list of accolades, but the ceremony set for early April was postponed.

Sydnie Hall won the 3-point competition and was 6th in the state in assists.