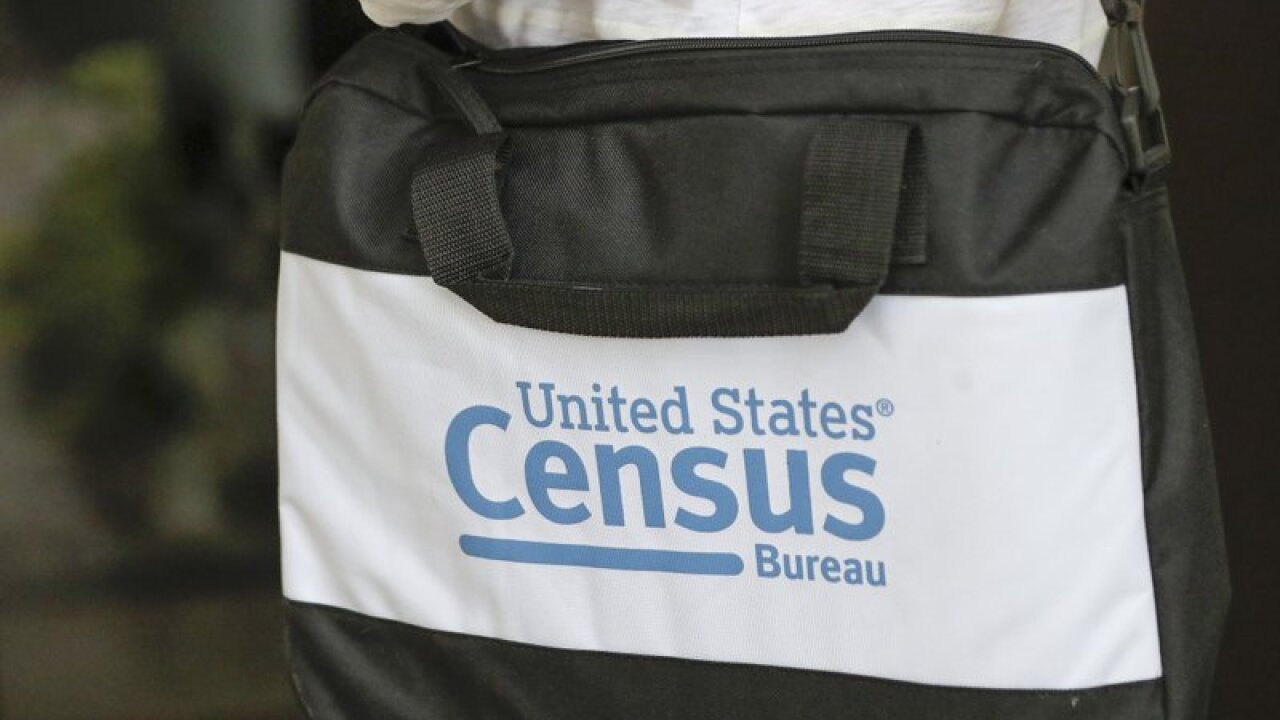 The Supreme Court on Tuesday ruled that the Trump administration can end census field operations early, in a blow to efforts to make sure minorities and hard-to-enumerate communities are properly counted in the crucial once-a-decade tally.

The decision was not a total loss for plaintiffs in a lawsuit challenging the administration’s decision to end the count early. They managed to get nearly two extra weeks of counting people as the case made its way through the courts.

However, the ruling increased the chances of the Trump administration retaining control of the process that decides how many congressional seats each state gets — and by extension how much voting power each state has.

The Supreme Court justices’ ruling came as the nation’s largest association of statisticians, and even the U.S. Census Bureau’s own census takers and partners, have been raising questions about the quality of the data being gathered — numbers that are used to determine how much federal funding and how many congressional seats are allotted to states.

After the Supreme Court’s decision, the Census Bureau said field operations would end on Thursday.

At issue was a request by the Trump administration that the Supreme Court suspend a lower court’s order extending the 2020 census through the end of October following delays caused by the pandemic. The Trump administration argued that the head count needed to end immediately to give the bureau time to meet a year-end deadline. Congress requires the bureau to turn in by Dec. 31 the figures used to decide the states’ congressional seats — a process known as apportionment.

By sticking to the deadline, the Trump administration would end up controlling the numbers used for the apportionment, no matter who wins next month’s presidential election.

In a statement, House Speaker Nancy Pelosi called the Supreme Court’s decision “regrettable and disappointing,” and said the administration’s actions “threaten to politically and financially exclude many in America’s most vulnerable communities from our democracy.”

Associate Justice Sonia Sotomayor dissented from the high court’s decision, saying “respondents will suffer substantial injury if the Bureau is permitted to sacrifice accuracy for expediency.”

The Supreme Court ruling came in response to a lawsuit by a coalition of local governments and civil rights groups, arguing that minorities and others in hard-to-count communities would be missed if the census ended early. They said the schedule was cut short to accommodate a July order from President Donald Trump that would exclude people in the country illegally from being counted in the numbers used for apportionment.

Opponents of the order said it followed the strategy of the late Republican redistricting guru, Thomas Hofeller, who had advocated using voting-age citizens instead of the total population when it came to drawing legislative seats since that would favor Republicans and non-Hispanic whites.

Last month, U.S. District Judge Lucy Koh in San Jose, California sided with the plaintiffs and issued an injunction suspending a Sept. 30 deadline for finishing the 2020 census and a Dec. 31 deadline for submitting the apportionment numbers. That caused the deadlines to revert back to a previous Census Bureau plan that had field operations ending Oct. 31 and the reporting of apportionment figures at the end of April 2021.

When the Census Bureau, and the Commerce Department, which oversees the statistical agency, picked an Oct. 5 end date, Koh struck that down too, accusing officials of “lurching from one hasty, unexplained plan to the next ... and undermining the credibility of the Census Bureau and the 2020 Census.”

An appellate court panel upheld Koh’s order allowing the census to continue through October but struck down the part that suspended the Dec. 31 deadline for turning in apportionment numbers. The panel of three appellate judges said that just because the year-end deadline is impossible to meet doesn’t mean the court should require the Census Bureau to miss it.

The plaintiffs said the ruling against them was not a total loss, as millions more people were counted during the extra two weeks.

“Every day has mattered, and the Supreme Court’s order staying the preliminary injunction does not erase the tremendous progress that has been made as a result of the district court’s rulings,” said Melissa Sherry, one of the attorneys for the coalition.

Besides deciding how many congressional seats each state gets, the census helps determine how $1.5 trillion in federal funding is distributed each year.

San Jose Mayor Sam Liccardo said that his city lost $200 million in federal funding over the decade following the 2010 census, and he feared it would lose more this time around. The California city was one of the plaintiffs in the lawsuit.

With plans for the count hampered by the pandemic, the Census Bureau in April had proposed extending the deadline for finishing the count from the end of July to the end of October, and pushing the apportionment deadline from Dec. 31 to next April. The proposal to extend the apportionment deadline passed the Democratic-controlled House, but the Republican-controlled Senate didn’t take up the request. Then, in late July and early August, bureau officials shortened the count schedule by a month so that it would finish at the end of September.

The Senate Republicans’ inaction coincided with Trump’s order directing the Census Bureau to have the apportionment count exclude people who are in the country illegally. The order was later ruled unlawful by a panel of three district judges in New York, but the Trump administration appealed that case to the Supreme Court.

The Supreme Court decision comes as a report by the the American Statistical Association has found that a shortened schedule, dropped quality control procedures, pending lawsuits and the outside politicization of some parts of the 2020 census have raised questions about the quality of the nation’s head count that need to be answered if the final numbers are going to be trusted.

The Census Bureau says it has counted 99.9% of households nationwide, though some regions of the country such as parts of Mississippi and hurricane-battered Louisiana fall well below that.

As the Census Bureau winds down field operations over the next several days, there will be a push to get communities in those two states counted, said Kristen Clarke, president and executive director of the Lawyers’ Committee for Civil Rights Under Law, one of the litigants in the lawsuit.

“That said, the Supreme Court’s order will result in irreversible damage to the 2020 Census,” Clarke said.