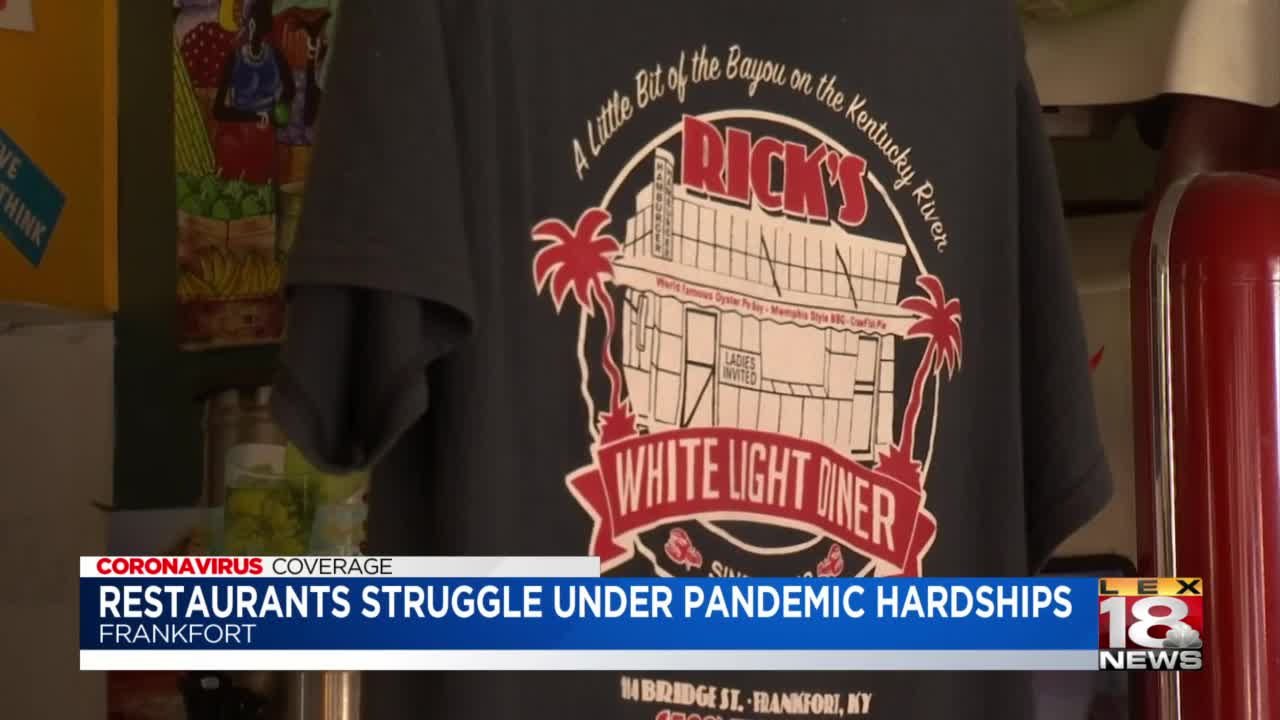 FRANKFORT, Ky. (LEX 18) — Ten years ago this month, Rick Paul was featured on television screens across the country, serving up his authentic Cajun cuisine to celebrity chef Guy Fieri.

"They put us on the map," Paul said. "It's amazing--the people that walk up and say, 'Hey, we saw you on the Food Network!' I heard that a million times."

In 2010, Fieri visited Rick's White Light Diner for an episode of his hit show "Diners, Drive-Ins, and Dives," leading to a boom for business for the Frankfort staple.

Today, the diner that was once packed with guests is now struggling because of the pandemic. The business is doing just 25 percent of the business it did last year.

Seating is limited to outdoors, a decision that Paul made due to safety precautions.

"We're so small," Paul said. "At 25 percent, we can only let four people come in. We're not going to let them sit at the counter. It's too close to us."

The challenges presented by the pandemic have forced Paul to cut back on expenses and consider how the business will operate going forward.

He is currently considering building a roof over the outdoor deck and buying mobile heaters to accommodate diners sitting outside during the winter.

There is one thing he won't consider: closing his doors for good.