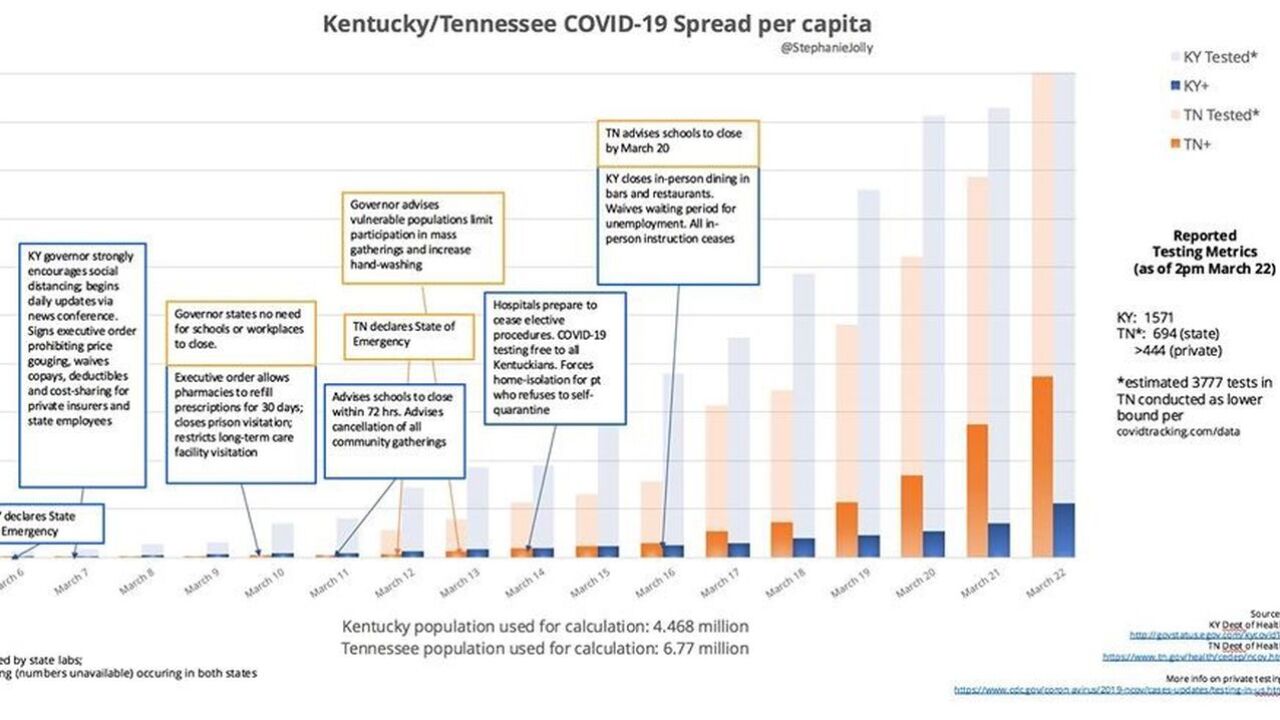 (WAVE 3) — With no more NCAA basketball this season it appears Kentucky has found its other calling...flattening the curve.

According to WAVE 3 News, a graph posted by a Kentucky grad showing the difference between the coronavirus response in the Bluegrass and Volunteer states has gone viral.

Stephanie Jolly told the Louisville based TV station that the numbers show how Kentucky's early response is working. Jolly has a degree from UK in biology and nutrition and a masters degree in food science from NYU. She plotted the early days of the coronavirus outbreak in Kentucky and Tennessee.

Her bar graphs on a timeline showed Kentucky’s rate of growth was significantly flatter than Tennessee’s. Jolly told WAVE she attributes this to people staying home.

The numbers show where Gov. Andy Beshear cancelled public gatherings and schools at least one-week ahead of Tennessee.