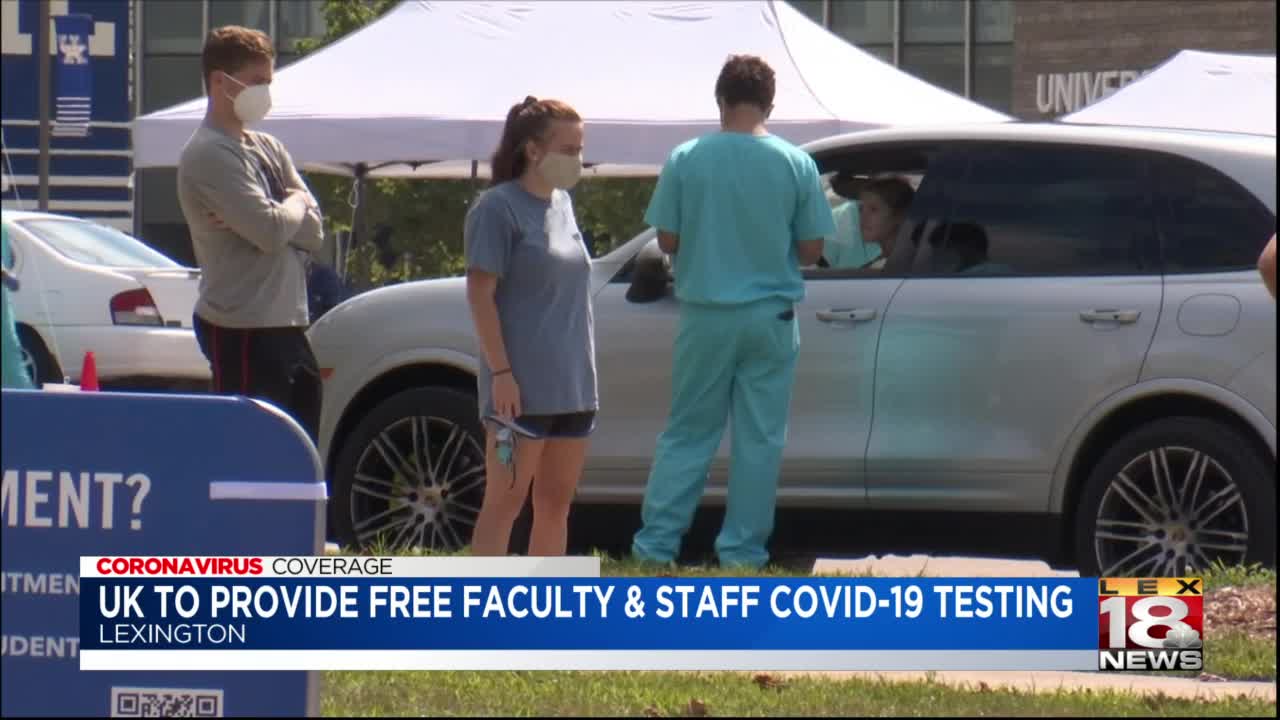 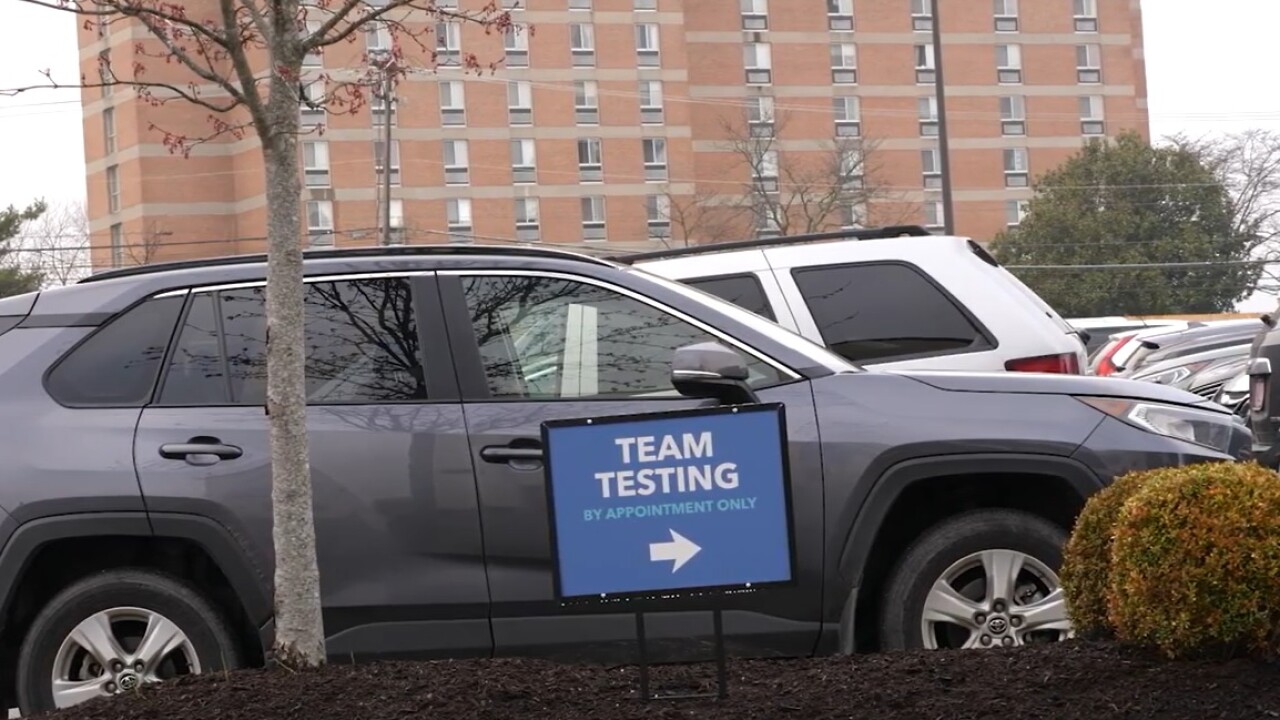 LEXINGTON, Ky. (LEX 18) — Campus employees can soon get tested for free at the University of Kentucky.

Starting Monday, Aug. 10, any UK campus employee working on-site this fall can get tested for COVID-19. Testing will be available for on-site faculty and staff, regardless of how often they work on campus.

UK HealthCare will continue its employee testing that has been in place since the beginning of the COVID-19 response in March.

According to the university, the expansion comes as a result of feedback from the UK Staff Senate and University Senate Council, as well as recommendations from the Fall 2020 Playbook for Reinvented Operations, which called for making additional employee testing available once student baseline testing had begun for the semester.

Matt Heil, the UK Law Library's circulation manager, is one employee who has expressed concerns about the lack of employee testing prior to Friday.

He said even though testing has been expanded, he still believes it should be required so that campus can be as safe as possible.

Heil is a member of the union, United Campus Workers Kentucky. The organization came to UK in December 2019 and has more than 150 members.

UCWK, along with Heil, also have a concern about the policy for remote work.

He said he's worried because despite many of UK's courses being offered online this fall, not all of those who work on campus have been given the autonomy to work remotely, including himself. He said he is required to go back to work in-person on August 20 after working from home this summer.

UK spokesman Jay Blanton responded to the union's concern saying, "That's a department by department decision, I think, depending on the needs of the department and the needs of the unit. The majority of employees that work on campus will continue to work from home. I don't want to diminish the concerns being expressed there, but the university has been very clear, very clear about protecting the health and safety of our employees."

Heil said he hopes this issue is addressed on a university-wide basis, otherwise he won't feel as though campus is safe.

Completing a COVID-19 test is not required for returning to on-site work. Still, people should consider getting a test if they are experiencing symptoms of COVID-19, have been in contact with someone who has tested positive, or have traveled to an area with a significant spread of the virus. If employees are symptomatic, they should not come to campus for testing; instead, they should immediately contact their healthcare provider.

The same on-campus testing sites now used for students will be available for employees. Employees will need to show their UK employee ID.

LEX 18 spoke with spokesman Jay Blanton earlier Friday about why testing had not been offered for employees from the beginning.

He said, "I think, in large part, there is a different there in terms of needing to get a baseline [of health] coming from a large population coming from all over the world [students] as opposed to a population that's here locally [employees] and went through a UK HealthCare plan and through the relative prevalence of testing in Fayette County. That being said we want to be able to address those concerns because we know it is an anxious time."

Testing is available from 8 a.m. to 4 p.m., seven days a week. Employee testing at these locations will be free, regardless of health insurance.

Contact the UK Health Corps with any questions about this at healthcorps@uky.edu or 218-SAFE.