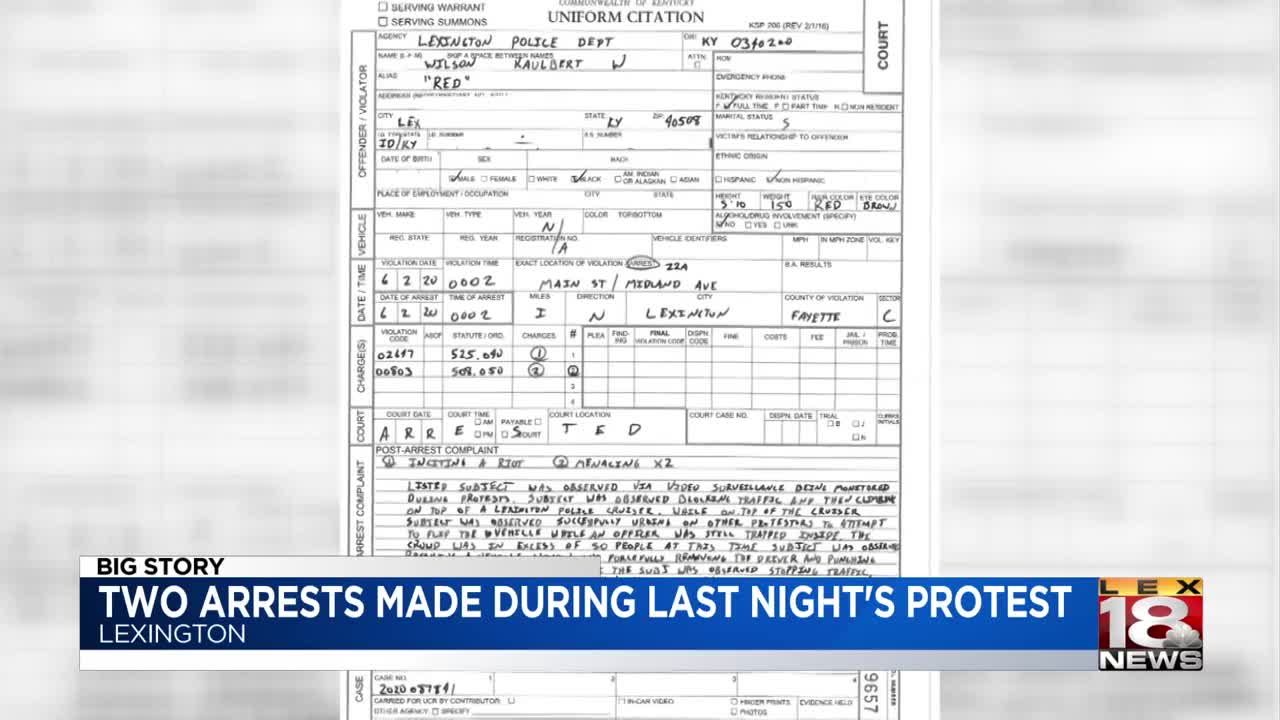 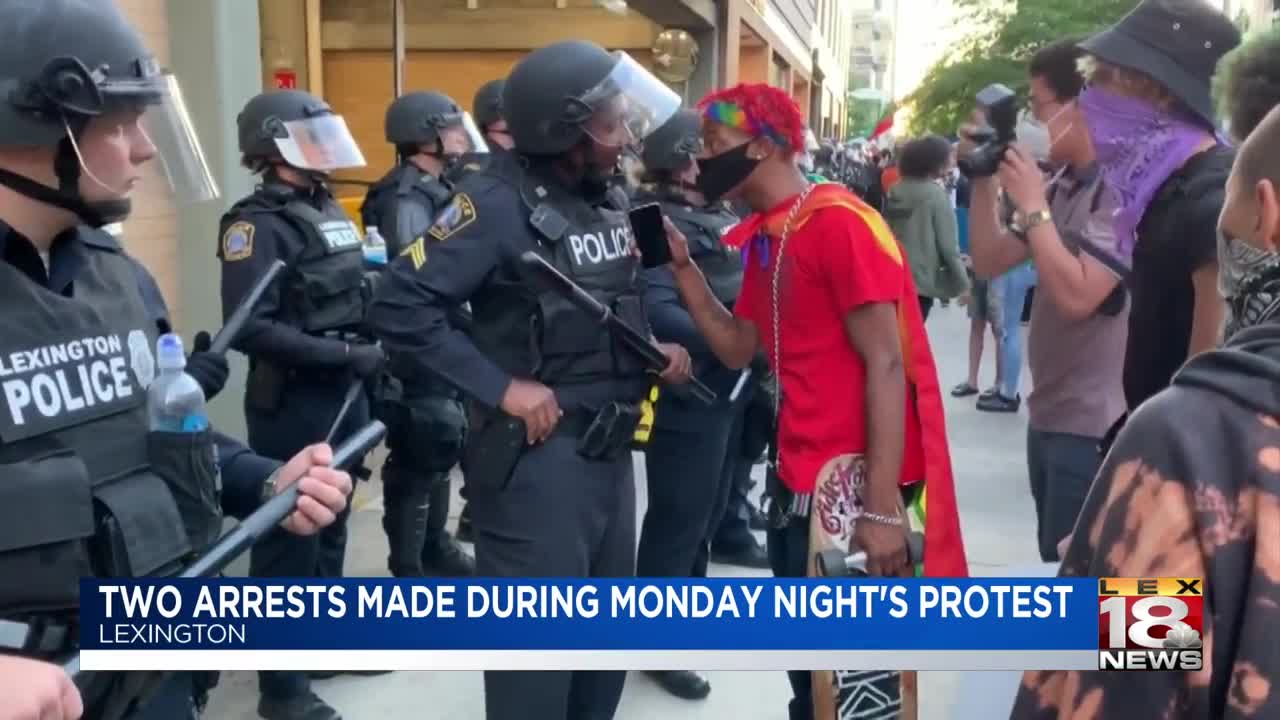 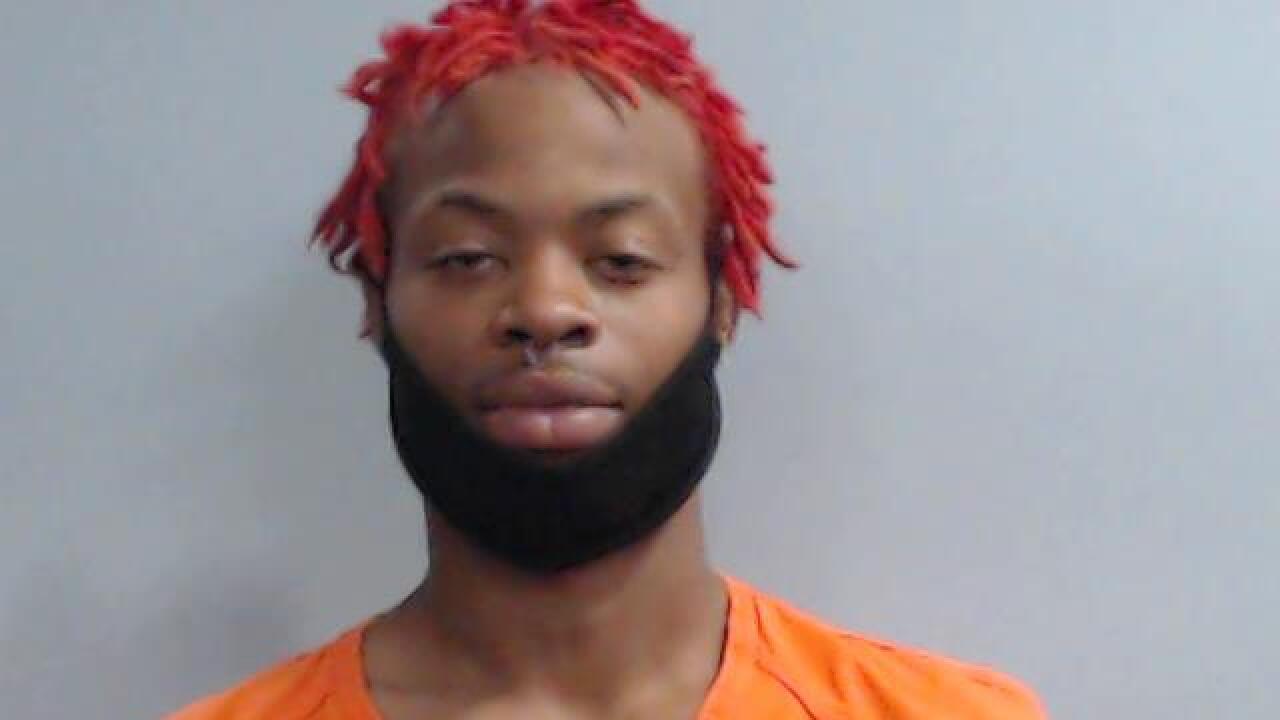 LEXINGTON, Ky. (LEX 18) — A protester, who has been at multiple rallies in Lexington, was arrested early Tuesday morning.

A citation from the Lexington Police Department says Wilson blocked traffic and climbed on top of a Lexington police cruiser. He allegedly tried to get other protesters to flip the vehicle while an officer was still inside the vehicle.

Wilson is also accused of breaking a vehicle's window, forcefully removing the driver of the vehicle, and punching the driver in the face. The citation says he jumped on another vehicle and threatened physical harm to the people inside the car.

Wilson was also arrested on Sunday in the early morning hours. Police say after protesters cleared out, he was seen throwing trash cans in the street. He was charged with disorderly conduct.

The protests are in the wake of the recent death of George Floyd in Minneapolis, Minnesota and Breonna Taylor in Louisville.

Protests in Lexington have remained peaceful despite Wilson's arrest.