ANDERSON COUNTY, Ky (LEX 18) Anderson County Schools says that at the end of the day on Friday, it was reported that a student made a verbal threat at the APEX Academy.

The threat was made in the presence of a teacher, according to a press release from Anderson County Schools.

No other students were present in the classroom at the time of the threat. The school resource officer immediately responded and removed the student from the school.

Anderson County Schools says that the matter has been turned over to the sheriff’s department. 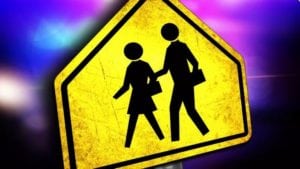