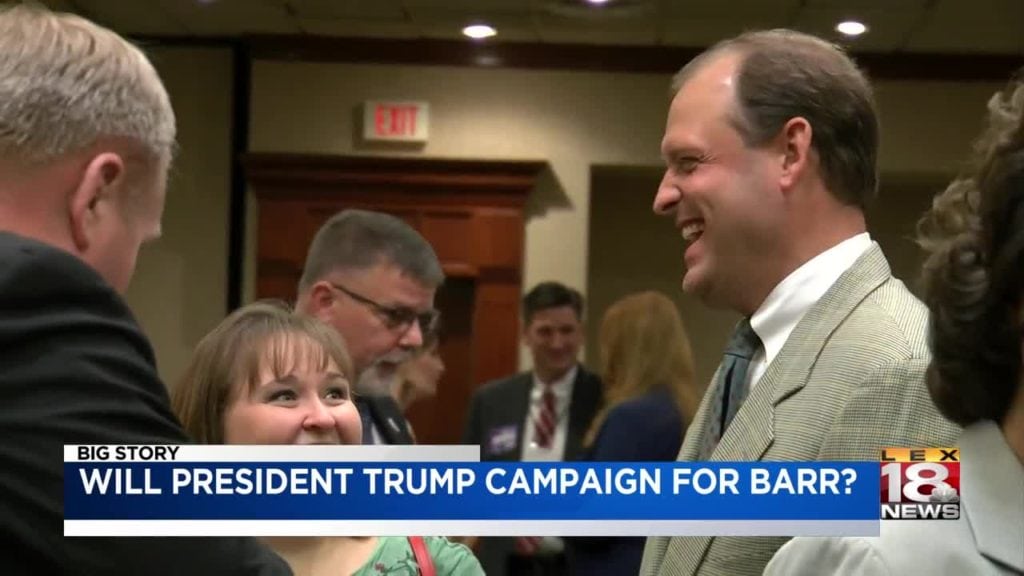 In doing so, the Kentucky Republican brushed off the latest headlines showing legal turmoil for two of the president’s former confidants.

The White House announced recently that Trump plans to visit Kentucky ahead of the November midterm election.

The state is home to a closely watched congressional race in the 6th District between Barr and Democrat Amy McGrath, a retired fighter pilot.

It stretches from the Appalachian foothills to bluegrass country in and around Lexington.

But he was more cautious when asked about the guilty plea of Michael Cohen, Trump’s former lawyer, and the conviction of Paul Manafort, the political operative who for months led Trump’s presidential campaign.