KNOX COUNTY, Ky (LEX 18)– A man has been arrested and charged with Criminal Abuse of a child.

On August 28 at 11 a.m., KSP responded with the Knox County Social Services to a call about possible child abuse in Corbin.

The preliminary investigation indicates a 10-year-old child had several marks on his body, including his back, arms, and ear. Mark Golden, 47, admitted to hitting the child with a belt, towel, and hands on multiple occasions to discipline him.

The last incident occurred on August 26, 2018, over the child failing to do his homework.

Golden was charged with criminal abuse 1st degree of a child 12 and under.

He was lodged in the Knox County Detention Center. 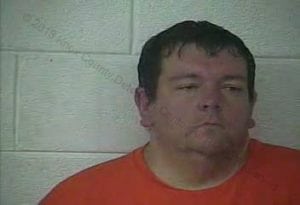