WINCHESTER, Ky. (Winchester Sun) – Charges in the case of a Winchester man accused of killing his girlfriend have been reduced, according to The Winchester Sun. 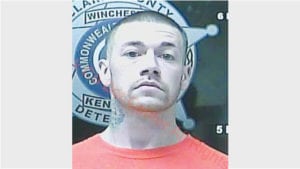 Clarence Ronnie Reynolds is accused of shooting Megan Griffin. Griffin received a wound to her leg. Clarence was on the run for several days before he was found by police.

Police say Reynolds and Griffin had a previous relationship.

Reynolds was charged with first-degree assault and tampering with physical evidence. The newspaper reports that after testimony that revealed that Griffin was hit with a fragment of the bullet, rather than the entire projectile.