MIDDLESBORO, Ky. (WRIL)– A woman was arrested Wednesday after she was found naked walking down the road, yelling and cursing. 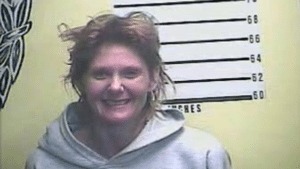 According to an arrest citation, an officer made contact with 38-year-old Elizabeth Lynn Coleman near Highway 441. She was exposed to traffic in both directions.

Police say while attempting to place Coleman in custody, she used force to prevent her arrest pulling away and refused to enter the officer’s cruiser.