LEXINGTON, Ky. (LEX 18)– A woman is in jail after being accused of stabbing a man.

It happened Aug. 19 on Cross Keys Road near Alexandria Drive. 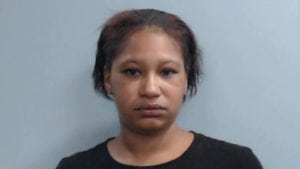 An arrest citation says Sameem Kelly arrived at her home to find her ex-boyfriend, Joel Henderson, sitting outside, drinking with her mother.

Kelly allegedly tried to get Henderson to leave, but returned to find him still there.

Police say that’s when Kelly grabbed a sharp object from inside and stabbed Henderson in the stomach.

He was treated at the hospital.

Kelly is charged with second-degree assault.