LEXINGTON, Ky. (LEX 18)– A man was arrested over the weekend after he allegedly attacked another man with a knife.

It happened just after 1 p.m. Saturday on York Street. 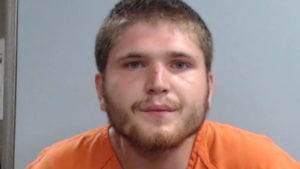 An arrest citation says 23-year-old Austin Jones admitted to police that he stabbed a man after he was reportedly harassed.

Witnesses confirmed the stabbing with police.

The man stabbed was taken to the hospital with injuries to his spleen.

Jones is in the Fayette County Detention Center charged with first-degree assault.