LEXINGTON, Ky. (LEX 18)– Police have made an arrest in connection to a fire in Lexington. 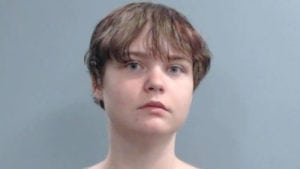 Police say an investigation determined that the balcony fire was intentionally set.

They later interviewed 21-year-old Kyla Kepcha, who allegedly told police that she caused the fire.

She is now charged with first-degree arson.