“We need to get someone to open up this cavity that’s been closed over here at this pump station,” said Burgin City Councilman Sid Dunn. “We could put in pumps that we’ve used before, not using the pumps.”

Dunn told LEX 18 that he believes it is clogged, same as it was back in February when extra pumps were brought in to flush it out.

Mayor George Hensley said he can’t use them because it is simply too much water and that could flood others out of their homes. Those in danger have been moved and he said he won’t put anyone else in harm’s way.  You can read his statement below: 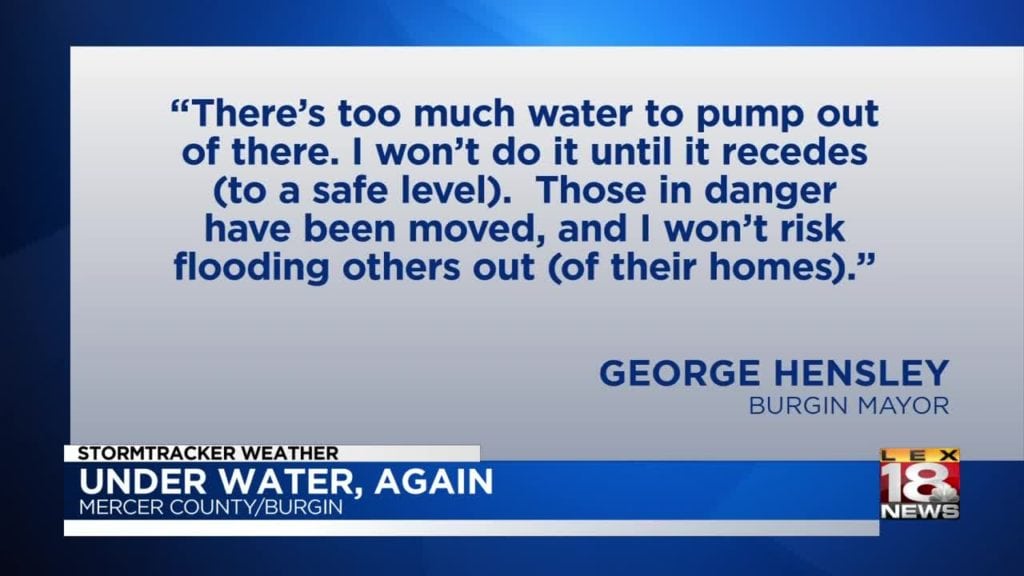 Dunn believes that he and the neighbors are dealing with a big mess, one that could get worse once the septic tank begins to back up.

“Honestly, I don’t know what they’re going to be able to do about this, but something has to get done,” said Dunn.

Progress on that front, much like the water level, is stagnating.