As people along the southeast coast are battening down the hatches and getting out of town, military personnel are doing the same. 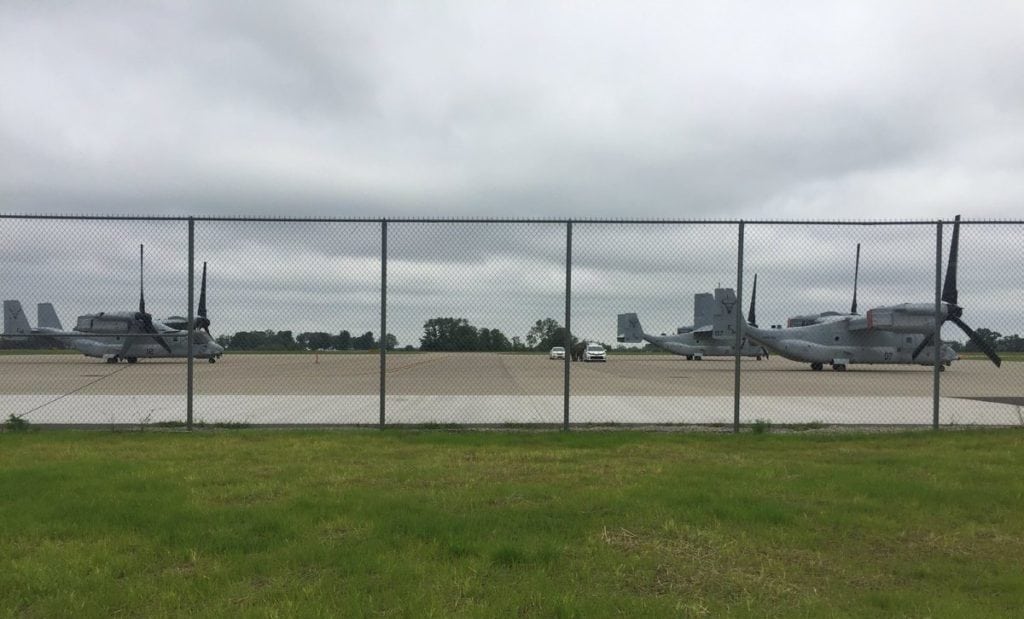 “We put what planes we could in hangars, and the ones we couldn’t, we flew out of the area to get them out of the path of the storm,” said Capt. Daniel Haynes with the U.S. Marine Corps.

The thundering propellers from the Osprey aircraft could be heard over Lexington as they landed safely at the West Lex facility of the Blue Grass Airport.

“They’re expensive aircraft, so we don’t want them just hanging out on the flight line so we get them out as well,” said Haynes.

About 30 Marines are accompanying the aircraft from Air Station New River, located in Jacksonville, North Carolina. They’ll make themselves at home in Lexington over the next few days.

“We hang out at the hotels. I know there’s a football game this weekend, so we might try to hit that up as well,” said Haynes.

They may spend some time training or could even be dispatched to help with storm damage. Depending on just how bad the storm is, they could be here until next week.