BOYD COUNTY, Ky. (LEX 18)– The name of the woman who was killed in an Ashland fire has been released.

The coroner says 58-year-old Ruby Childers was found dead after a fire at her home Sept. 6. 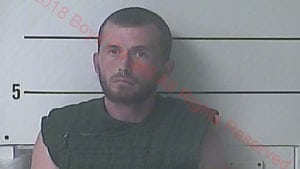 It happened just before 3 a.m. on Gallaher Drive in Ashland.

He was indicted by a grand jury Tuesday on a charge of first-degree arson.