SCOTT COUNTY, Ky (LEX 18)– LEX 18 has learned more about the serial bank robber who died in a Tuesday night shootout with police that left one deputy injured.

Authorities say that 57-year-old Edward Reynolds could be linked to as many as ten robberies, maybe even more. 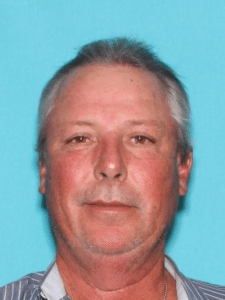 US Marshals say that in January and April of this year, he robbed the same bank and same teller in Cape Coral, Florida. Then in May, hit up a bank in Punta Gorda, Florida. They say this is followed by another robbery in July in Venice, Florida.

On Tuesday morning, authorities say he robbed a bank in Blowing Rock, North Carolina, just hours before a shootout with officers in Kentucky at the northbound I-75 rest area in Scott County.

“He was a bad guy. That’s exactly what he was, a serial bank robber,” said Sheriff Tony Hampton.

Reynolds is suspected of robbing at least four to five banks in Miami, Florida. Police who investigated Reynolds’ Tuesday morning robbery of the United Community Bank in North Carolina said that he used the same MO as in other hold-ups.

“He raised his shirt, displayed a weapon tucked in his waistband,” Captain Aaron Miller of North Carolina told LEX 18 over the phone.

“Our hearts go out to that deputy injured in Kentucky. We’ve all seen his photograph here in Boone and Blowing Rock area. It’s a small community and lots in the city expressed their concern and hope for his well-being,” said Miller.