LEXINGTON, Ky. (LEX 18)  — NBC News crews are tagging along with the North Carolina National Guard as they go door to door to evacuate residents whose homes are now flooding from storm surge. 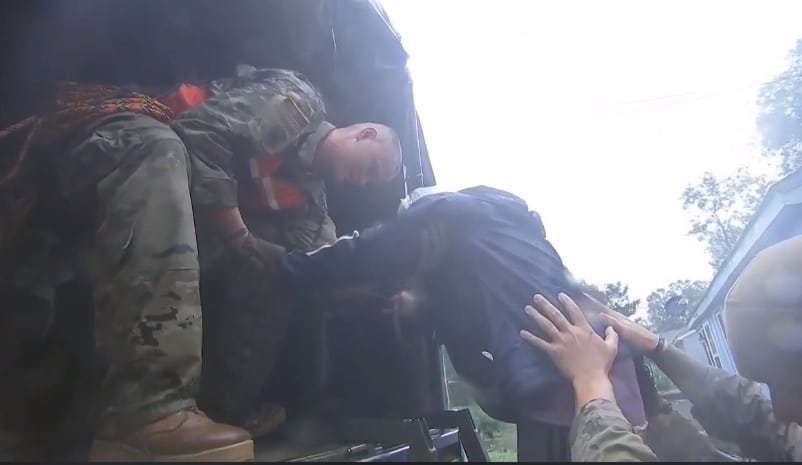 One of those guards, captured on a live feed rescuing a woman from her home, is a Kentucky native. Army National Guard Sgt.  Jared Gowens is a  2009 graduate of Lafayette High School and now lives in Calabash, N.C.

Gowens was one of several guardsmen who have been evacuating those stranded by the storm. He says his team is in good spirits.

“This is what we train up to do, is to be able to react to situations like this that are currently going on. It just makes us happy at the end of the day,” Gowens told LEX 18.

He also says that his five-man team is one of the only National Guard Hazardous Response Teams in the area. Yesterday, the group rescued 16 people and 7 pets. They will continue to work into the night.

You can watch NBC’s coverage here.