Director of Rowan County Emergency Management Ronnie Day confirmed to LEX 18 that Combs’ body was found around 12:00p.m. in an area near Triplett Creek. Day says the man who found him was a volunteer from Morehead who felt compelled to help with the search.

Combs was swept away by floodwaters after falling into a storm drain last weekend. Storms created high, swift waters that hindered search efforts for several days.

Day says over the last week more than 2,000 volunteers have dedicated their time to trying to find Combs, many even driving hours or coming in from out of state in hopes of bringing Combs home. Teams of horses and a cadaver dog also aided in the search for the fourth-grader. 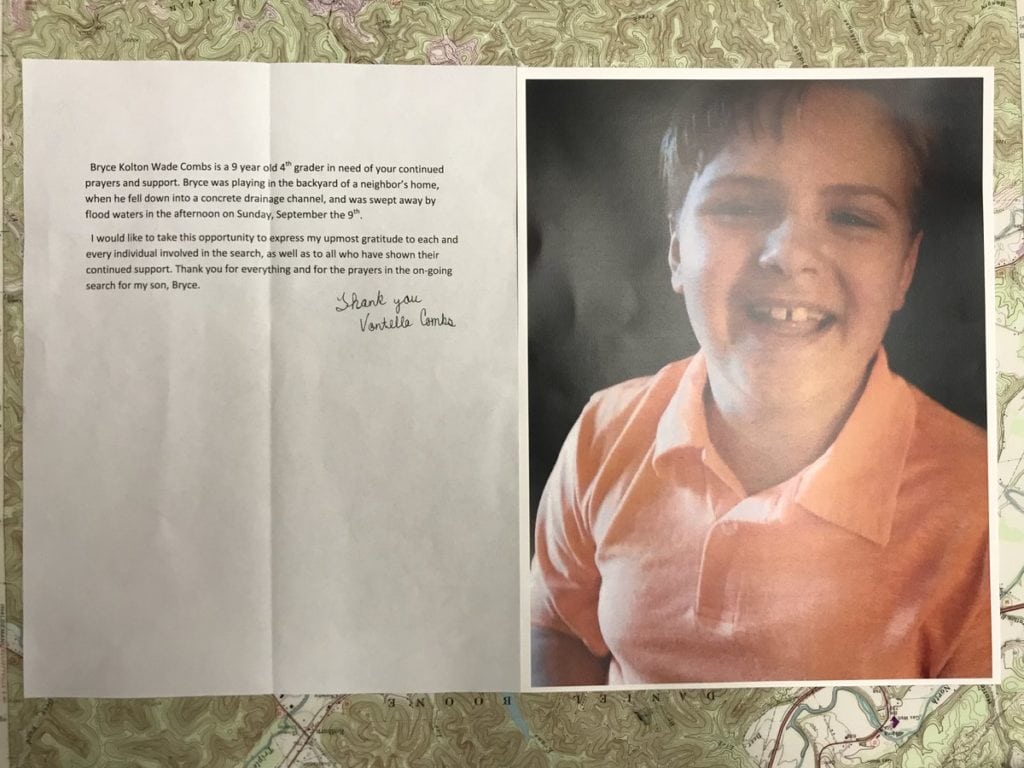 Before Bryce’s body was found, his mother released a statement.

“I would like to take this opportunity to express my utmost gratitude to each and every individual involved in the search, as well as to all who have shown their continued support. Thank you for everything and for the prayer in the on-going search for my son, Bryce,” the mother’s statement said.

Day says Combs’ body was being taken to Frankfort for an autopsy, and multiple agencies are working a death investigation into the circumstances surrounding Combs’ death.