Eubank Police say they have no reason to believe he is in the immediate area.

The Pulaski County Detention Center says the inmate’s name is Jimmy Wombles. He was in jail for parole violation. Wombles was originally arrested for assault of a police officer, assault 4th minor injury, resisting arrest, and contempt. 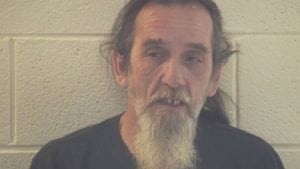 Eubank Police say this is a picture of the stolen city truck by the escaped inmate @LEX18News pic.twitter.com/9sJCAsVf2y