LEXINGTON, Ky. (LEX 18) — The University of Kentucky freshman accused in last weekend’s DUI crash that fatally injured a 4-year-old boy had a blood-alcohol level of 0.051 percent after the crash.

In a report filed Tuesday in Fayette Circuit Court, police said 18-year-old Jacob Heil was given a blood test after the crash. Police say Heil did not take a breath test at the scene of the crash. 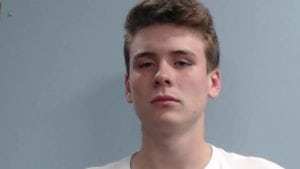 The drunken driving threshold for adults in Kentucky is 0.08 percent or higher. However, because Heil is underage, he is charged with driving under the influence of alcohol higher than .02.

Heil is accused of being under the influence of alcohol about 2 p.m. Saturday when the vehicle he was driving crashed into a father and his young son along Cooper Avenue, not far from where a game was being played at the University of Kentucky’s football stadium.

Marco Shemwell was taken to the hospital with critical injuries and died Monday.

After the crash, Heil allegedly told police he’d had two beers at about 9:30 a.m.

According to the police documents, Heil smelled of alcohol and had bloodshot eyes immediately after the crash. Heil also had a passenger in his car.

Heil was charged with DUI in the case.

He is expected to be in court at 1 p.m. Wednesday.