LEXINGTON, Ky (LEX 18)– Police say a man was taken to the hospital with serious injuries after he was stabbed at a halfway house on Hillrise Court. 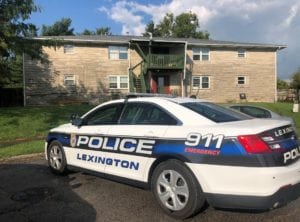 Police say that the resident was being dropped off around 3 p.m. Tuesday when he was attacked and stabbed several times by another resident. The attacker was later identified as 25-year-old Miles Brizius.

The victim was taken into surgery.

Brizius was arrested later that afternoon and charged with first-degree assault. He is lodged in the Fayette County Detention Center.