KSP says that the arrest was the result of an ongoing investigation. He was arrested at 1:47 p.m. Thursday. 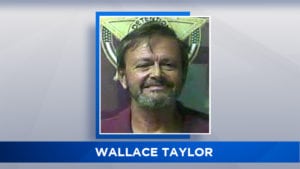 According to an arrest citation, he allegedly deposited two checks from the Fiscal Court into his personal account, totaling $25,100.

He is charged with abuse of public trust.

Taylor resigned at the end of last year as Judge-Executive.