LAUREL COUNTY, Ky (LEX 18)– The Laurel County Sheriff’s Office reports that two people have been arrested after a two-year-old was brought to the hospital with severe injuries.

On Thursday, around 9:52 a.m., deputies and detectives responded to St. Joseph Hospital London to investigate. They say that a two-year-old boy was allegedly assaulted in Laurel County and that a woman observed the child being assaulted and did not render aid or attempt to stop the assault. They also said she did not check on the child immediately after the assault happened. The child was not taken to St. Joseph London for approximately three hours. He was transferred to UK Medical Center. 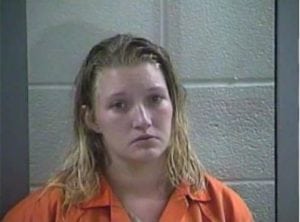 23-year-old Dana Lorraine Casey, of Willie Cheek Road, was charged with criminal abuse, first-degree, of a child 12 or under.  She was put in the Laurel County Detention Center.

Three men who lived in the residence were interviewed at the sheriff’s office. The sheriff’s office says that it was determined one of the three men allegedly struck the two-year-old in the face with his hand and fist and used his elbow to severely injure the child. During the interview, one man became belligerent and assaulted a detective, breaking his arm. That detective will need surgery to repair his arm. 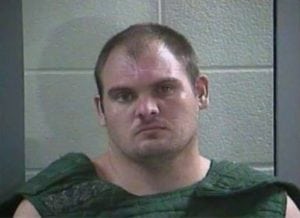 24-year-old Dylan Trace Woods lived in the home as an acquaintance. Detectives say he is the one who hit the child.

He was arrested and charged with assault first-degree and assault third-degree.