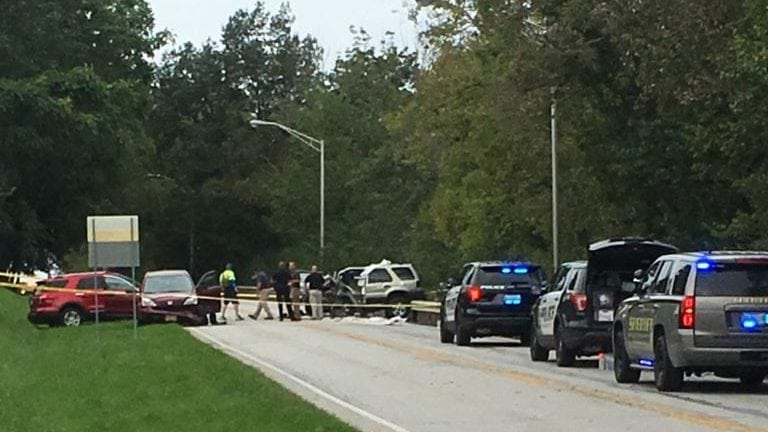 GEORGETOWN, Ky. (LEX 18) — A man has died and traffic is still blocked along U.S. Highway 25 in Georgetown after a three-vehicle crash.

The coroner says crash happened at 12:25p.m. about a half a mile north of Georgetown in front of Japanese gardens.

Reportedly one person was driving southbound on U.S. 25 when they crossed center line and struck two vehicles going northbound

The coroner says Gary Warner, 51, was pronounced dead at the hospital.

Two others were injured in the crash; one was taken to UK Medical Center to be treated for serious injuries and the other was taken to Georgetown Community Hospital with minor injuries.

Traffic was being blocked in both directions for a period of time, and two lanes were still shut down early Sunday evening.

Police say drugs appear to have been a factor. Deputies reportedly found a syringe in the wreckage.

All the people involved are local residents, officials said.

The cause of the crash is under investigation.