2 Injured When Car Rams Them In Driveway 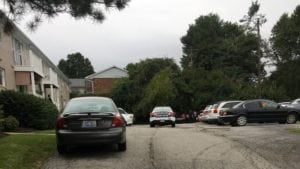 LEXINGTON, Ky. (LEX 18) — Two people were hospitalized Saturday morning after a car ran into them in driveway on Lexington’s southeast side.

Emergency officials were called out just before 10 a.m. to the 100 block of Lakeshore Drive.

First responders found that two people had been rammed by a vehicle.

Authorities say the driver told police she thought she hit the brakes before the incident.

The two victims were taken to the University of Kentucky Medical Center with non-life-threatening injuries.

Officials said the driver and injured pair know one another and that charges were not likely to be brought in the case.