Police say the attack was random and that Arnett slipped in through an unlocked door at the student’s campus apartment on Military Street. 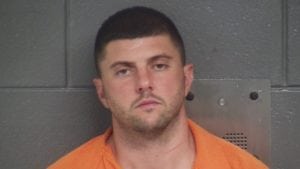 Officials say he sexually attacked the woman as she slept, sexually assaulted her multiple times and then forced her into a shower.

That’s when, police say, the victim bravely fought back by grabbing Arnett’s knife and stabbing him.

Arnett was sent to an area hospital where he was treated for his injuries.

Arnett has a lengthy criminal record. He pleaded not guilty to charges of rape, burglary and tampering with evidence. His bond was set at $100,000. He has five prior violent offense convictions.