PULASKI COUNTY, Ky. (LEX 18) — A Pulaski County deputy was injured and a suspect shot Tuesday in a chaotic chase and shootout that began in Science Hill.

According to the sheriff’s office, the deputy, identified as Lt. Jon Williams, was injured when he was struck by the vehicle with two suspects inside.  His injuries are non-life threatening.

Trooper Baxter fired his weapon in the direction of the vehicle, according to the citation. The vehicle continued to flee westbound on East Frog Hollow Road before stopping behind a residence on West Highway 635. The citation says the two men fled the vehicle on foot and they were located in a field behind the residence.

Roy Eugene Glover was found uninjured. The other occupant, Michael Wilson, was found with an injury to his neck and was transported to UK Medical Center., according to the citation. 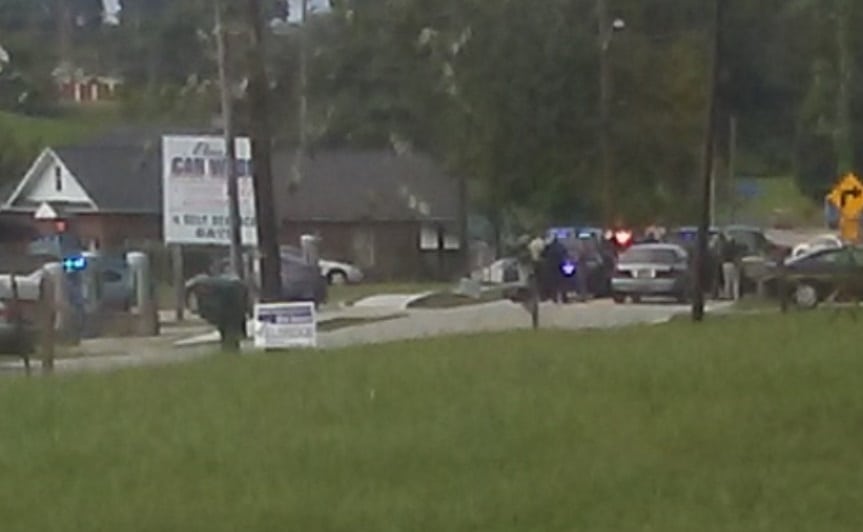