GRAY, Ky. (LEX 18) – 33 years after the body of an unidentified woman was found at a rural dump site, a positive DNA match has finally given the “Red-headed Jane Doe” her name back.

The unknown female was estimated to be between the ages of 25-35 years old. She was wearing two different necklaces, one with a heart pendant and the other with an eagle pendant.

After a photo showing what the woman may have looked like and a photo of her necklaces were published, family in North Carolina came forward.

Elizabeth Pilgrim told police she believed that Jane Doe was her mother.  She provided a sample and waited for months to learn the truth. 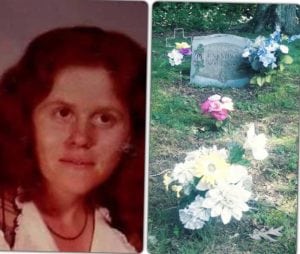 The family now has some closure to their missing loved one after 33 years. Mrs. Pilgrim was the last unidentified person at Kentucky State Police Post 10.

This is still an ongoing murder investigation. If you have any information, contact Kentucky State Police.