FRANKLIN COUNTY, Ky. (LEX 18)– A unique artifact found at a nature preserve in Frankfort had experts across the country stumped. 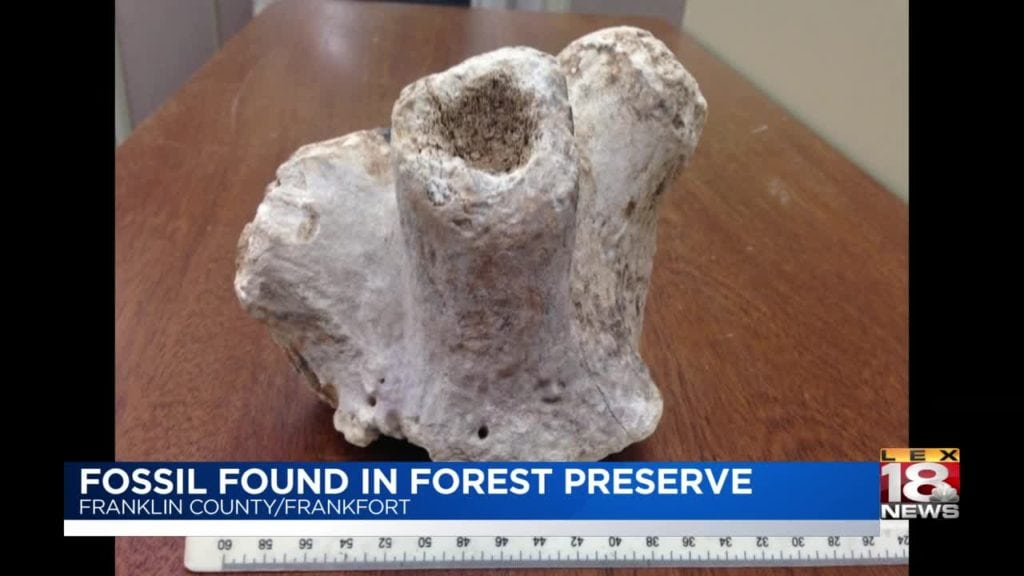 A Louisville man was hiking with a group in a wooded area off the Vaughn Branch Stream when he stumbled upon something unusual.

Bill Johnstone pulled the artifact from a small pool of water off the creek last fall, ever since then, the Woods and Waters Land Trust organization has been trying to figure out exactly what it is.  At least six experts from across the country, including The Smithsonian, examined it, they all agreed that it came from some type of extinct caribou or elk, but they couldn’t quite nail down what it was.

Dr. Chris Widga said that it is part of the antler of the now extinct Woodland Elk. It could be hundreds or even thousands of years old.

“You never know what you can find. It is so amazing to think that, you know, you’re walking in the woods right here, Woodland Elk were hundreds or thousands of years ago. And we think it’s pretty rare to come up with a fossil of this kind,” said Deborah White, the Woods and Waters Land Trust Executive Director.

The antler is in the process of being returned to the Woods and Waters Land Trust.