LEXINGTON, Ky. (LEX 18)– A man was arrested after being accused of robbing a victim at gunpoint and holding her against her will. 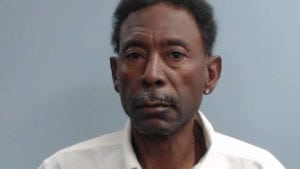 Stanley Breathett was arrested about 90 minutes later on Elk Lake Drive near the intersection of Richmond Road and Man o’ War.

Police say Breathett used a handgun to steal from a woman, then restrained her when she tried to leave.

According to his arrest citation, Breathett later threw the gun described by the witness into the grass near the road.

He faces several charges including first-degree robbery and kidnapping.