RICHMOND, Ky. (LEX 18)– A letter was sent to Eastern Kentucky University President Michael Benson expressing concerns about the Trump campaign rally. The letter was signed by 120 members of the faculty and staff of the university.

The letter was sent on Wednesday afternoon to Benson and to the EKU Board of Regents.

President Donald Trump is expected to be in Richmond on Saturday, October 13, for a rally at the Alumni Coliseum.

The open letter states that, “Our opposition to the campaign does not arise from any differences of opinion with the political content that is likely to be put forth at the rally: as a group, we among the faculty subscribe to a diverse set of political beliefs which mirror those of the student body and the Commonwealth as a whole, and we are fully committed to encouraging the expression of that diversity of beliefs. Yet we must object to this campaign which has consistently, openly, and unambiguously attacked the values of inquiry, learning, and free speech which lie at the heart of higher education and form the core mission of the University.”

EKU released a statement on Friday, October 5, after it was announced that President Trump could be coming to Richmond, “Free speech is a key part of the learning experience at EKU. It is also a cultural characteristic of higher education institutions across the nation. We encourage our University community to be informed and engaged in the political process. However, we understand this election season has been filled with a number of passionately debated issues, and we encourage our community to remain civil and respectful of differing political opinions in the discourse surrounding the rally. The EKU Police Department, public safety, conferencing and events, and facilities teams are working closely with local, state and federal officials and law enforcement to assist with the logistics of the event.”

You can read the full statement from EKU, here.

You can read the full open letter from EKU faculty and staff to EKU President Michael Benson below: 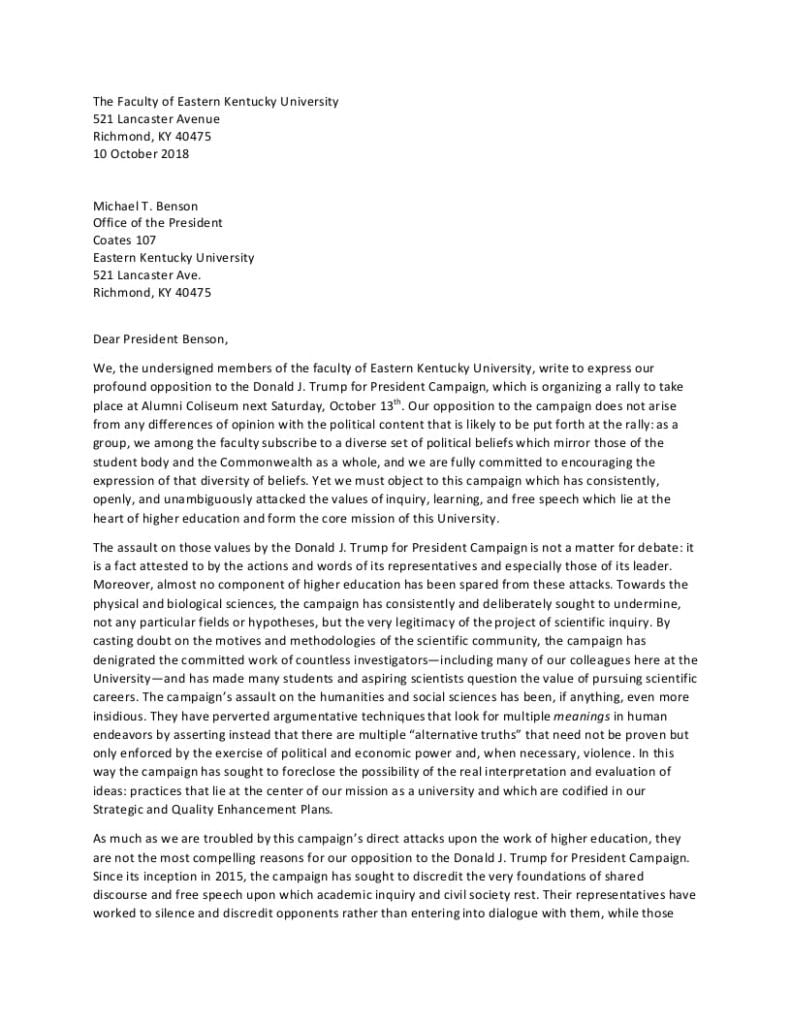 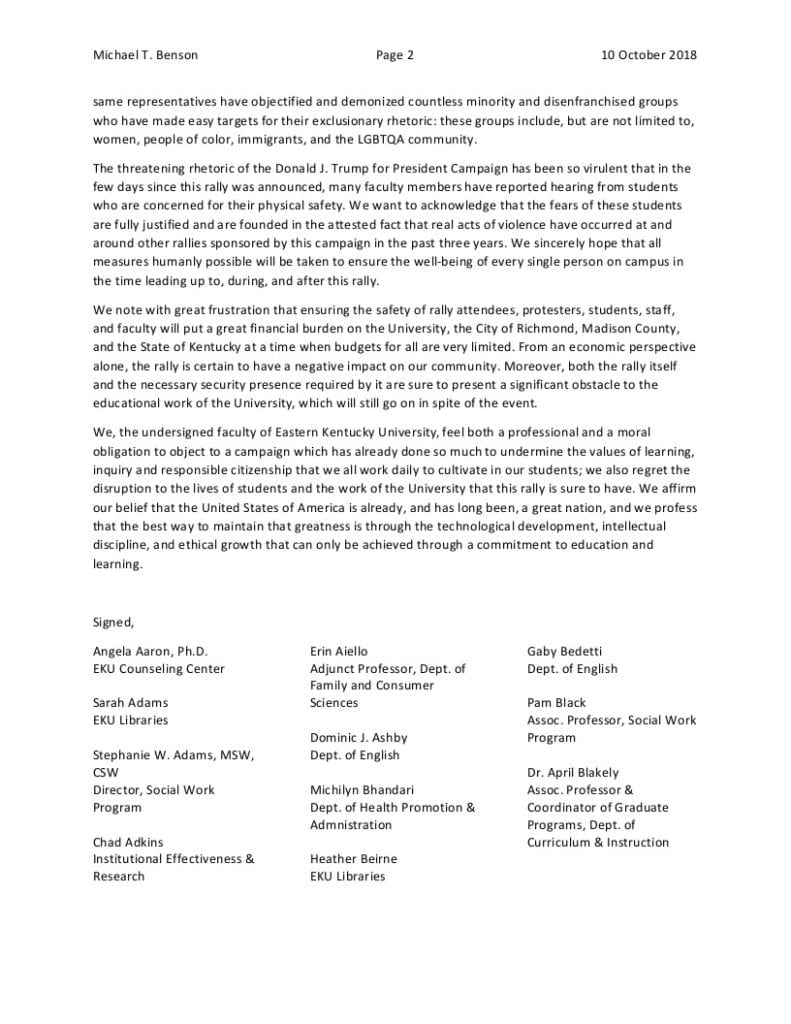 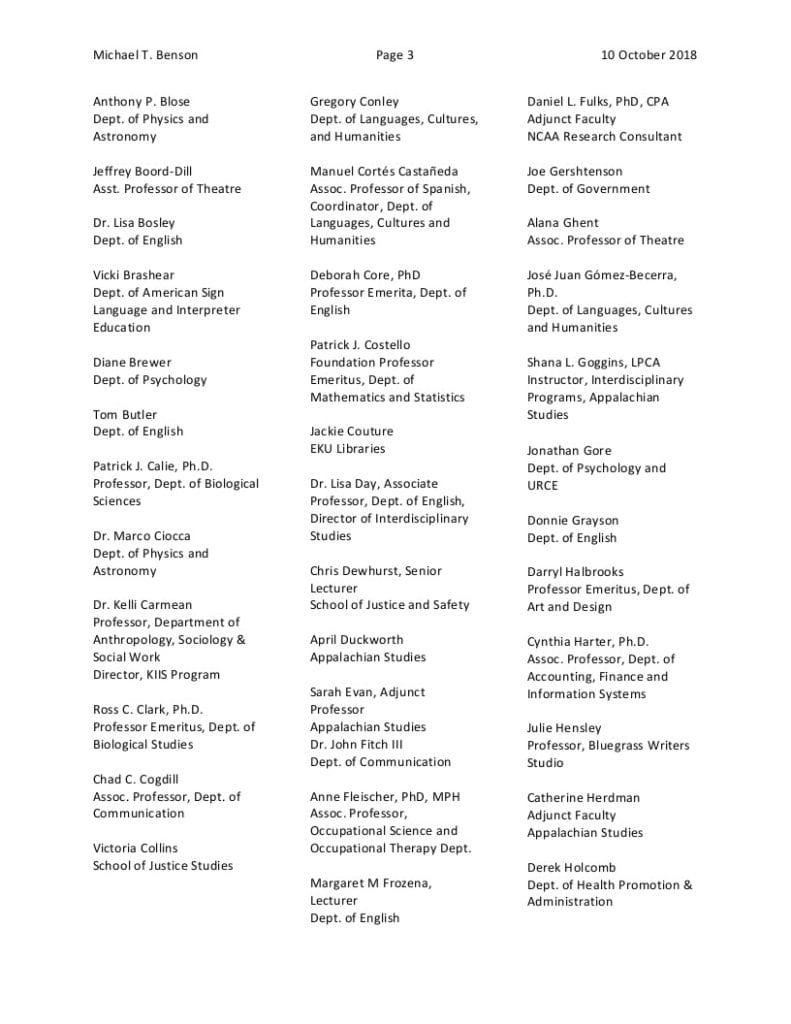 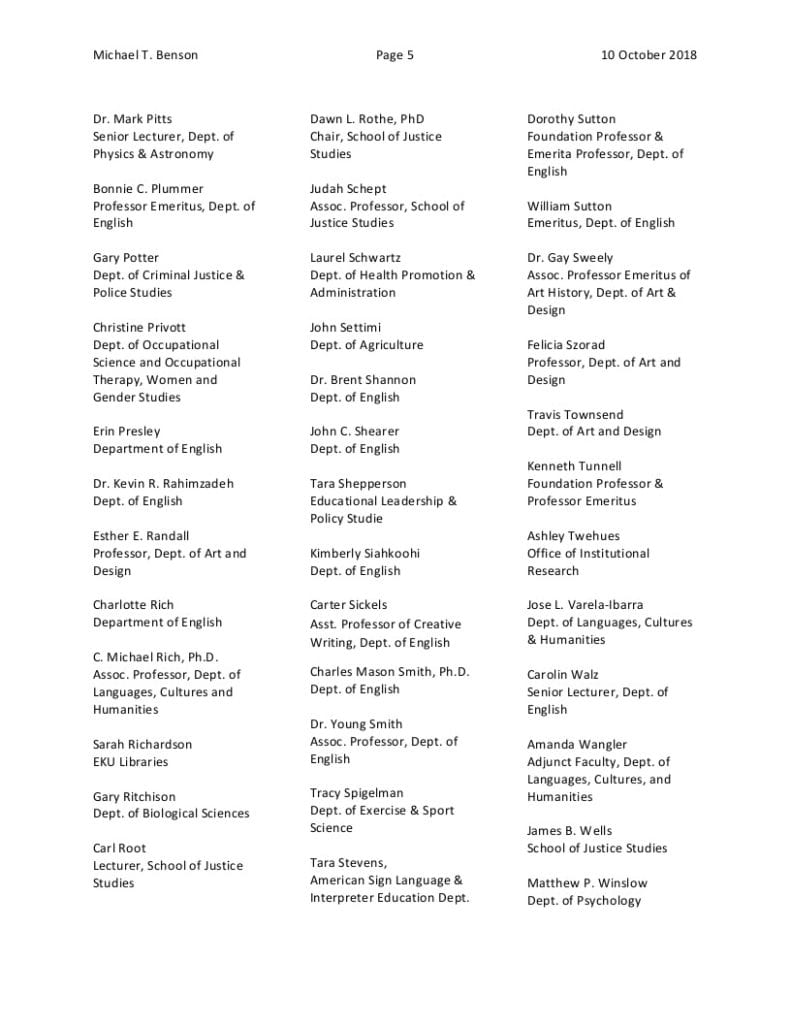 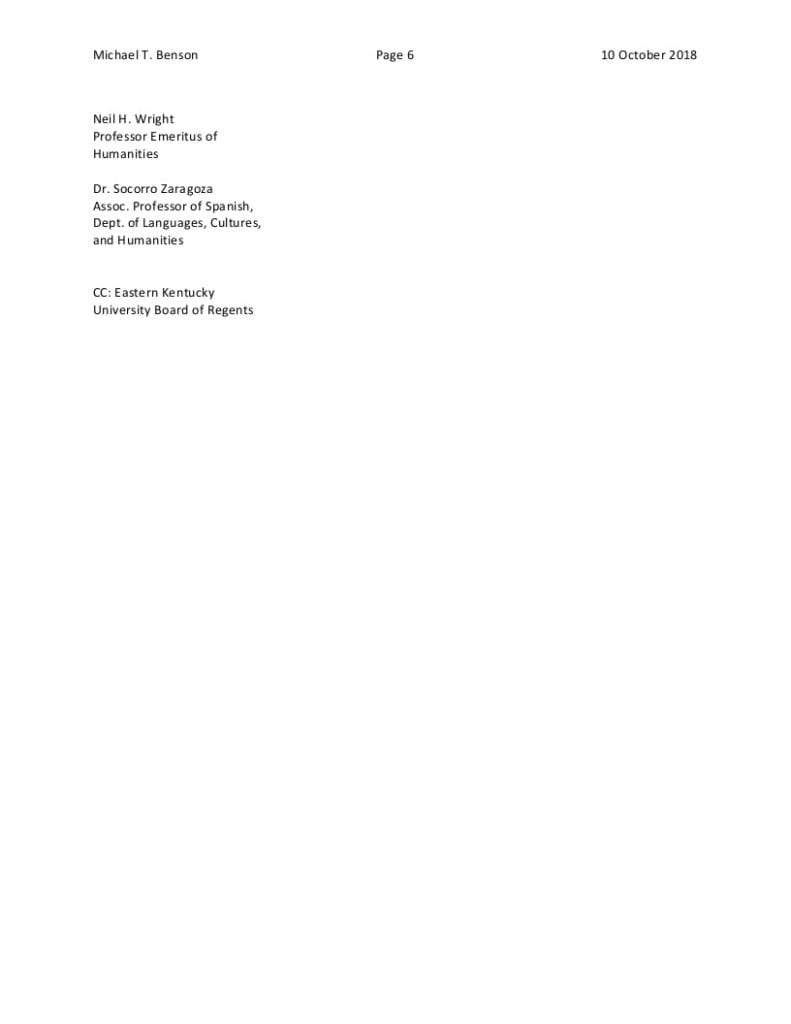